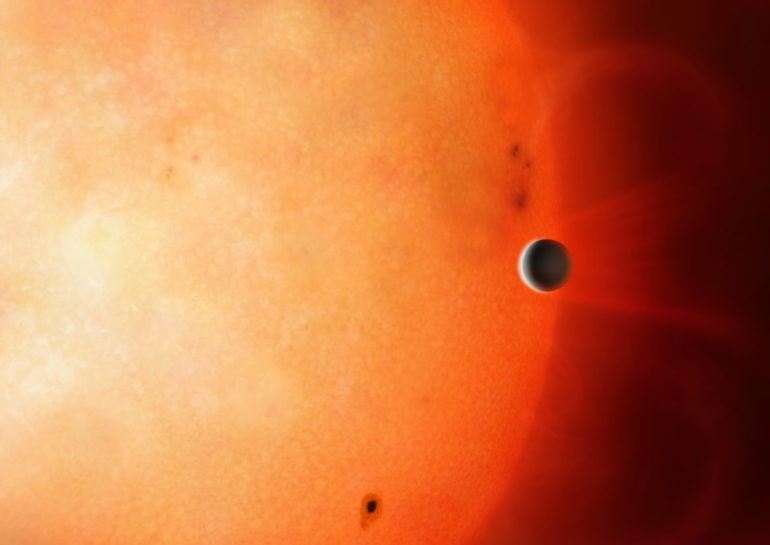 Astronomers have spotted the exposed core of a massive alien world, an unprecedented find that could shed considerable light on planet formation, evolution and diversity.

The planetary core, called TOI-849b, is unlike anything scientists have seen before, and it could hide a wealth of exciting information in its bizarre depths, researchers say.

“The discovery of this planet shows that planet formation and evolution proceeds in unusual ways not anticipated from studying the solar system,” David Armstrong, the lead author of a new study reporting the discovery of  TOI-849b, told Space.com via email.

“There is a huge range and diversity of planets out there, with more found every week, and if anything is becoming clear it is that we should not be surprised at strange new discoveries,” said Armstrong, a researcher in the physics department at the University of Warwick in England. “With luck, the new understanding of planet formation planets like TOI-849b can open up will help us understand how our own solar system formed.”

Astronomers may have detected a ‘dark’ free-floating black hole

TOI-849b was detected by NASA’s Transiting Exoplanet Survey Satellite (TESS), which launched to Earth orbit in April 2018 and has discovered more than 50 alien worlds to date, along with more than 2,000 still-unconfirmed candidates. (“TOI” stands for “TESS object of interest.”) As its name suggests, TESS hunts for alien worlds using the “transit method,” meaning it watches for tiny but telltale dips in the brightness of stars created by orbiting planets traveling across their faces.

The TESS observations revealed that TOI-849b lies extremely close to its host star, completing one lap every 18 hours. This orbital region is known as the “Neptunian…