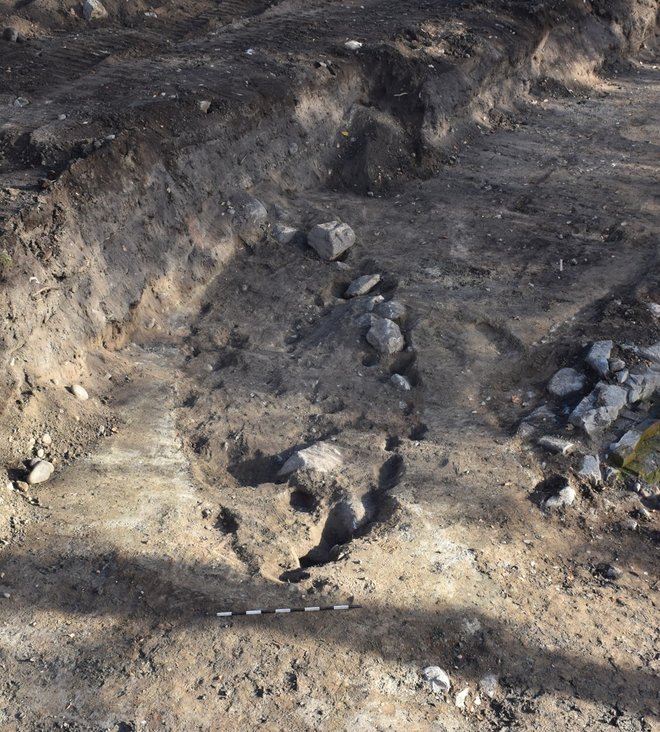 Recent excavations of viking boat burials reveal the remains of a man, a horse and a dog.

Archaeologists recently unearthed two Viking burial boats in Uppsala, Sweden — one of which was exceptionally preserved and held the remains of a dog, a man and a horse.


The Vikings sent a handful of their powerful elites to the afterlife in boats laden with sacrificed animals, weapons and treasure; the funeral practice dates back to the Iron Age (A.D. 550 to 800) but was used throughout the Viking age (A.D. 800 to 1050), according to a statement.


These richly appointed graves have been discovered across Scandinavia. For example, archaeologists had previously found one such burial boat in Norway that had evidence of human remains and one in western Scotland that contained a slew of burial items such as an ax, a shield boss, a ringed pin, a hammer and tongs. The elites who were given such elaborate send-offs were also often buried with animals, such as stallions.


These burial boats were typically built from a type of cement called clinker and had symmetrical ends, a true keel and overlapping planks joined together, said Johan Anund, the regional manager for The Archaeologists, an archeological organization working with the National Historical Museums in Sweden. Archaeologists have also found other, simpler boat structures, such as logboats, which are like a dugout wide canoe, Anand told Live Science in an email. [Photos: A Man, a Horse and a Dog Found in Viking Boat Burials]