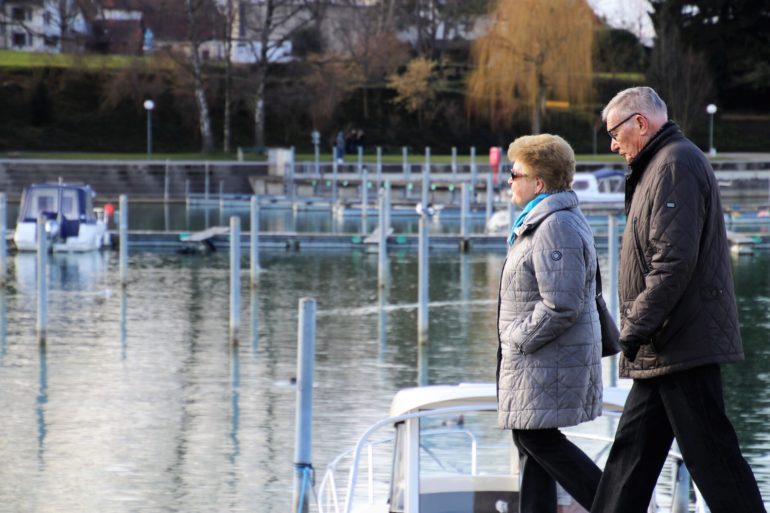 People who feel younger have a greater sense of well-being, better cognitive functioning, less inflammation, lower risk of hospitalization and even live longer than their older-feeling peers. A study published by the American Psychological Association suggests one potential reason for the link between subjective age and health: Feeling younger could help buffer middle-aged and older adults against the damaging effects of stress.

In the study, published in Psychology and Aging, researchers from the German Centre of Gerontology analyzed three years of data from 5,039 participants in the German Ageing Survey, a longitudinal survey of residents of Germany age 40 and older. The survey included questions about the amount of perceived stress in peoples’ lives and their functional health—how much they were limited in daily activities such as walking, dressing and bathing. Participants also indicated their subjective age by answering the question, “How old do you feel?”

However, subjective age seemed to provide a protective buffer. Among people who felt younger than their chronological age, the link between stress and declines in functional health was weaker. That protective effect was strongest among the oldest participants.

“Generally, we know that functional health declines with advancing age, but we also know that these age-related functional health trajectories are remarkably varied. As a result, some individuals enter old age and very old age with quite good and intact health resources, whereas others experience a pronounced decline in functional health, which might even result in need for long-term care,” said study lead author Markus Wettstein, Ph.D., who is now at University of Heidelberg. “Our findings support the role of stress as a risk factor for functional health decline, particularly among older individuals, as well as the health-supporting and stress-buffering role of a younger subjective age.”

The results suggest that interventions that aim to help people feel younger could reduce the harm caused by stress and improve health among older adults, according to the researchers—though further study is needed to help determine what kind of interventions would work best. For example, Wettstein said, messaging campaigns to counteract ageism and negative age stereotypes and to promote positive views on aging could help people feel younger. In addition, more general stress-reduction interventions and stress management training could prevent functional health loss among older adults, according to Wettstein.

Finally, more research is needed to figure out the ideal gap between subjective and chronological age, according to Wettstein, as previous research has suggested that it’s helpful to feel younger up to a point but that benefits decrease as the gap between subjective and chronological age increases. “Feeling younger to some extent might be adaptive for functional health outcomes, whereas ‘feeling too young’ might be less adaptive or even maladaptive,” he said.

For older adults, sense of control tied to feeling younger