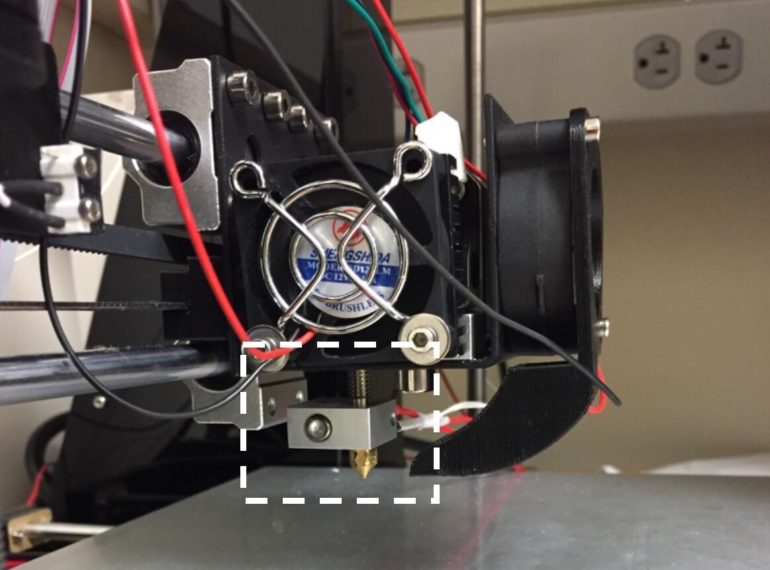 3D printing is transforming everything from fashion and health care to transportation and toys. But this rapidly evolving technology, also known as additive manufacturing, can threaten national security and intellectual property rights.

To reduce illicit use of 3D printers, Zhanpeng Jin, Ph.D., associate professor in the Department of Computer Science and Engineering at the University at Buffalo, is developing a way to track the origin of 3D-printed items.

His concern was that, as long as people have the digital design for an item, which can be downloaded from the internet, sometimes as open-source material, people can print out anything they want, which can range from computer parts and toys to fully functional handguns and assault rifles.

“So, what would be the best way to protect our intellectual property from someone else printing the same design using their own printer?” says Jin. “We wanted to find something internal. What would be the inherent signatures printed by my own 3D printer instead of another 3D printer?”

3D printers build three-dimensional objects by adding successive layers of printing materials according to the digital design for a 3D model. Each 3D printer has an “extruder,” which pushes the building material along. The extruder’s hot end then melts the material, and places it on the print bed to build the model.

In a paper, “ThermoTag: A Hidden ID of 3D Printers for Fingerprinting and Watermarking,” published in the journal IEEE Transactions on Information Forensics and Security, a research team led by Jin describes how each extruder’s hot end has its own unique heating properties, which impact the precise way that the 3D model is constructed.

Those thermodynamic properties can be used to identify the specific extruder and, thus, the model of 3D printer, as uniquely as a human fingerprint, or, as Jin calls it, a “ThermoTag.”

Jin compared the process to using a laptop to write a letter. Because software exists that can track keystrokes, an observer can see every step that went into the letter, including the writer’s unique writing style. Similarly, because of the unique properties of each 3D printer’s extruder, a researcher can examine the specific manner in which a 3D-printed object was made, and compare that to a database of various extruders until a match is made. From there, once the model printer is identified, the purchaser of said model can be tracked down if they had, say, used the printer to build an illegal assault rifle.

According to the research, Jin and his team discovered that, by examining and comparing the ThermoTag features of 45 different extruders of the same model, they were able to correctly identify the source printer with an accuracy rate of 92%.

“This ThermoTag will behave like the fingerprint of the 3D printer. When you print out a new product, you can use watermarking,” Jin says, noting that watermarking can be used to invisibly embed such information as the printer’s manufacturer, label and serial number in the product. “So that would make this watermark of this particular product unique.”

It’s possible, Jin says, that someone could replace their extruder to try to avoid detection. That’s why it’s important to create a database of these parts for comparison, he says.

FAUG TDM mode update to arrive on June 21 in beta