ACCC on digital platforms: It’s not a case of Schumpeterian creative destruction 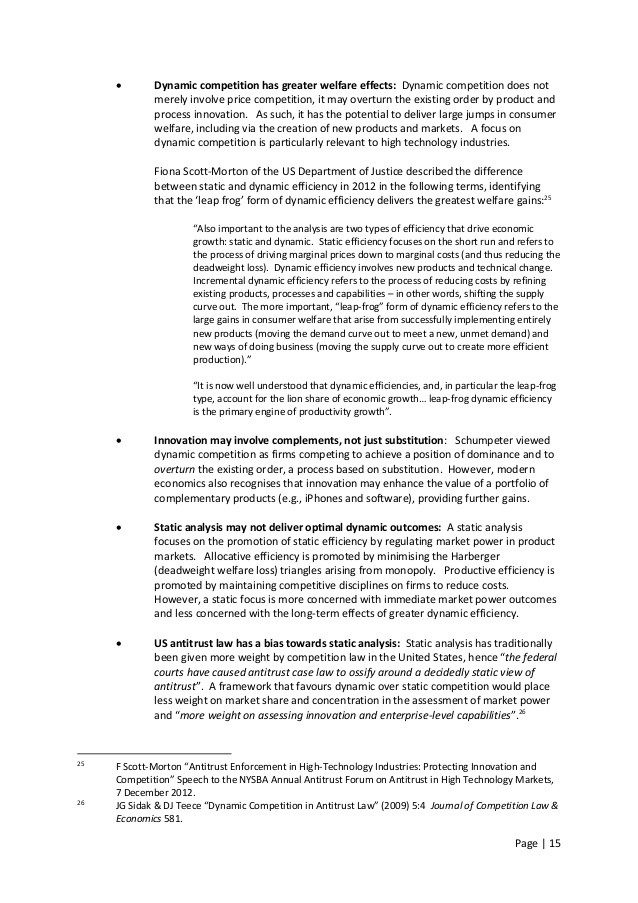 Australian Competition and Consumer Commission (ACCC) chair Rod Sims on Wednesday touched on the battle the watchdog is currently facing with Google and Facebook on the platforms’ “considerable” market power, saying it isn’t simply a case of creative destruction.

“Further, their ‘take it or leave it’ attitude to dealing with news media businesses is damaging journalism, which in my strong view is essential to our society.

“And let’s be clear, this is not a case of Schumpeterian creative destruction. The situation we are in is not akin to the car replacing the horse and buggy. The digital platforms do not produce news; rather they are vehicles for the dissemination of views and information which would be all the poorer, including for digital platforms, with a lack of content from professional journalists.”

The ACCC believes the code is necessary to address the fundamental bargaining power imbalances between Australian news media businesses and major digital platforms, such as Facebook and Google.

But Google believes it contains an unfair arbitration process that “ignores the real-world value Google provides to news publishers and opens up to enormous and unreasonable demands” and similarly Facebook takes issue with the code, threatening to pull news completely from its Australian platform.

“The media bargaining code is a great example of a tailored solution to a particular market power issue,” Sims told the NPC.

“The issue for all of us is how do we prevent companies gaining too much market power in the first place and, when they have it, how do we deal with the most damaging consequences of the use of that market power.”

Pointing to the “recent offers of money by both Google and Facebook to media businesses” — such as Google throwing $1 billion at the problem through News Showcase — Sims said this is due to the pressure the digital platforms are under.

“We should get to a sensible outcome on these issues in the not too distant future,” he said.

Sims said there was no doubt that Facebook and Google achieved their dominant market positions in search and social media essentially by “excellent and beneficial innovation”.

“But how much stronger and more entrenched is Facebook with its very many and continuing acquisitions, including Instagram and WhatsApp; and Google with its numerous acquisitions including YouTube and the digital advertising intermediary DoubleClick?,” the watchdog chief asked. “We need as a society to ask how much market concentration do we want to tolerate?”

While Sims was facing the NPC, representatives from the Department of Infrastructure, Transport, Regional Development and Communications were facing Senate Estimates.

On the code, the department was asked about the legislation to accompany the mandate. While this is a matter for Treasury, department Assistant Secretary James Penprase said he understood the Bill would be a “priority over the remainder of the year”.

Penprase said the department participated alongside the ACCC and Treasury in developing the code, attending 42 meetings and two roundtables with various stakeholders to discuss its contents.

He was asked if the department had met with Google or Facebook outside of those meetings to discuss their concerns. While he said no meetings have been had on the code itself, to his knowledge, he took the question on notice, along with the question of whether those two tech giants had met with the minister about their issues.

Australian Greens Senator Sarah Hanson-Young said she was concerned that if the code did go ahead as currently drafted that it could have the potential to act as a “handbrake on diversity”.

In Apps and WebGamingSmartphones
on 2 June 20213 min read

“We live in quite a concentrated media landscape in Australia … given that, what thought have you put in place in relation to making sure that this code isn’t a handbrake on diversity and in fact is there a way it can operate to ensure that new players, or smaller players, aren’t actually locked out?,” Hanson-Young asked the department.

Penprase said the eligibility criteria contained within the draft was designed to “at least try and capture and provide an opportunity for smaller news businesses to be eligible for the process”.

With certain thresholds set in the draft, Penprase said there have been various views expressed by news media businesses about whether those thresholds are at the right level.

Also of concern to the Senators was the omission of Australia’s public broadcasters in the code, as the belief is that Facebook and Google shouldn’t just pay for content from privately held companies.

“The public broadcasters were included in the draft code for a number of purposes, the issue they weren’t included in was the point about remuneration, but I think that is absolutely a live issue that is being worked through in the consultation on the draft … no final decision has been made on that at all at this point, department Deputy Secretary Richard Windeyer explained.

Elsewhere in his NPC address, Sims said “unconscionable conduct” that is unfair and should be prohibited in Australia includes: A digital platform not removing a known scam; companies using data about individuals to target them with sales approaches when they are at their most vulnerable; small businesses getting threatened by larger businesses with commercial consequences; and larger businesses demanding their small business suppliers provide them with their cost of and sources of key inputs, and then establishing a competing, near identical, “home” brand.

“The main digital platforms have accumulated huge wealth from innovation, and later steps to cement their market power.

“While we have all benefitted greatly from their innovation, we must now ensure the innovation of others is not stifled.”

MORE ON THE CODE