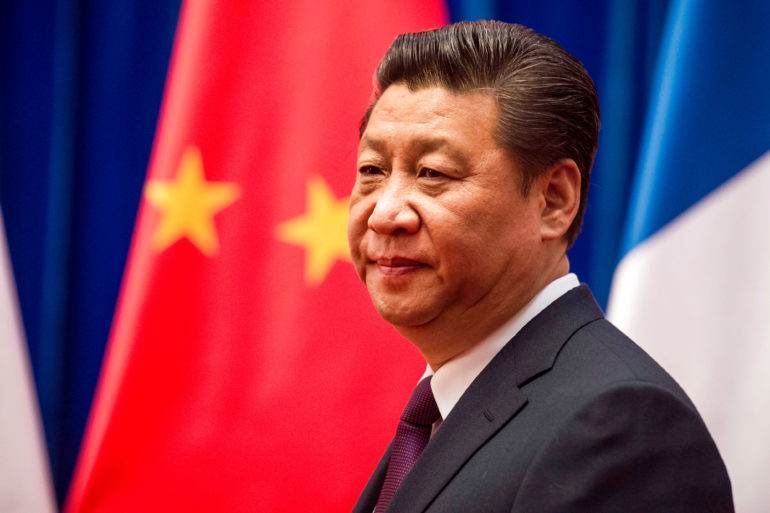 Like the U.S. and European Union, China is working out how to regulate the technology sector in many areas, from data protection to antitrust. China’s technology companies have grown, largely unencumbered by regulation, and become among the biggest in the world.

And there are a number of regulations that have come into effect or are in the works.

China’s State Administration for Market Regulation (SAMR) has also published draft rules looking to stop monopolistic practices by internet platforms. It is one of the most wide-sweeping proposals in China to regulate large tech companies.

Last month, SAMR said it had begun a probe into Alibaba over monopolistic practices.

All of these regulations are part of China’s bigger effort to become a major global tech power, according to Kendra Schaefer, a partner at Trivium China, a research firm based in Beijing.

“Underneath all of this stuff I think China understands that if it’s going to become a technological superpower … then it has to lay a solid regulatory foundation,” Schaefer told CNBC’s “Beyond the Valley” podcast.

“All of these things are foundational and it’s really just kind of setting a framework, a springboard from which China can develop and move forward faster.”

Beijing appears to have taken a harder stance against the country’s technology firms recently. In November, regulators forced Ant Group, the finance affiliate of Alibaba, to suspend plans for what would have been the world’s biggest initial public offering (IPO), while the company dealt with regulatory changes. Last month, Alibaba and two other firms were slapped with a fine for not making the proper declarations to authorities about past acquisitions.

But this does not mean Beijing is working in opposition to its tech champions, according to Emily de La Bruyere, co-founder of consultancy Horizon Advisory.

“These multinational tech companies are decidedly the force enablers that China uses to extend its information and standards strategy globally. That’s not going to change. We’re not going to see Beijing turn on its Big Tech the way Washington appears to be,” Bruyere told CNBC by email.

What are digital twins? A pair of computer modeling experts explain

“But, Beijing is going to ensure that its Big Tech acts by its rules and regulations, connects to its platforms, and serves its strategies.”

It’s not just China bringing in sweeping changes on tech regulation. The European Union has been perhaps the most aggressive region in the world on the issue. Its landmark General Data Protection Regulation approved in 2016, sought to bring in rules around how user data was processed.

And in December, the EU introduced the Digital Markets Act and Digital Services Act which aims to bring stricter controls on the behavior of tech giants in a number of areas.

But the U.S. has yet to take a similar approach with wide-ranging legislation around areas like data.

“We don’t have good data regulation in the U.S. yet,” Trivium China’s Schaefer said. “So we don’t have that foundation, those kind of basic fundamental principles, on which we can regulate, not only our domestic companies but foreign incoming companies as well.”

“I think that us not having that fundamental data policy is one of the reasons that we are taking this bizarre scattershot approach to trying to control incoming Chinese apps like TikTok, targeting specific Chinese companies because we don’t have a universal regulation.”

Schaefer was referencing the ongoing saga of Washington trying to get Chinese company ByteDance to sell the U.S. operations of TikTok.