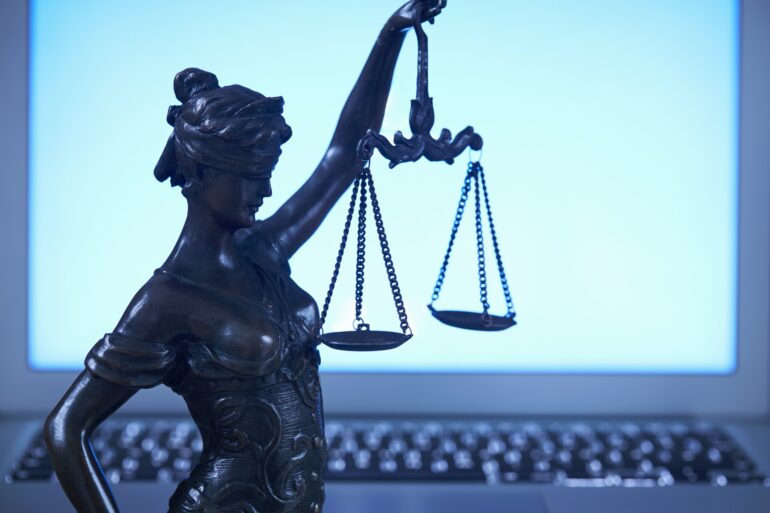 Justice is supposed to be “blind.” But is race blindness always the best way to achieve racial equality? An algorithm to predict recidivism among prison populations is underscoring that debate.

The risk-assessment tool is a centerpiece of the First Step Act, which Congress passed in 2018 with significant bipartisan support, and is meant to shorten some criminal sentences and improve conditions in prisons. Among other changes, it rewards federal inmates with early release if they participate in programs designed to reduce their risk of re-offending. Potential candidates eligible for early release are identified using the Prisoner Assessment Tool Targeting Estimated Risk and Needs, called PATTERN, which estimates an inmate’s risk of committing a crime upon release.

Proponents celebrated the First Step Act as a step toward criminal justice reform that provides a clear path to reducing the prison population of low-risk nonviolent offenders while preserving public safety.

But a review of the PATTERN system published by the Department of Justice in December 2021 found that PATTERN overpredicts recidivism among minority inmates by between 2% and 8% compared with white inmates. Critics fear that PATTERN is reinforcing racial biases that have long plagued the U.S. prison system.

As ethicists who research the use of algorithms in the criminal justice system, we spend lots of time thinking about how to avoid replicating racial bias with new technologies. We seek to understand whether systems like PATTERN can be made racially equitable while continuing to serve the function for which they were designed: to reduce prison populations while maintaining public safety.

Making PATTERN equally accurate for all inmates might require the algorithm to take inmates’ race into account, which can seem counterintuitive. In other words, achieving fair outcomes across racial groups might require focusing more on race, not less: a seeming paradox that plays out in many discussions of fairness and racial justice.

The PATTERN algorithm scores individuals according to a range of variables that have been shown to predict recidivism. These factors include criminal history, education level, disciplinary incidents while incarcerated, and whether they have completed any programs aimed at reducing recidivism, among others. The algorithm predicts both general and violent recidivism, and does not take an inmate’s race into account when producing risk scores.

Outbound travel from Australia to reopen next week

Based on this score, individuals are deemed high-, medium- or low-risk. Only those falling into the last category are eligible for early release.