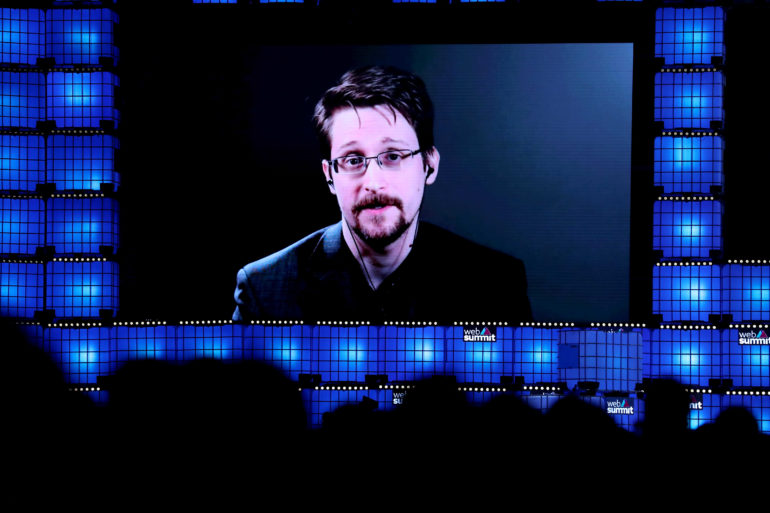 It comes as governments around the world pile pressure on tech giants like Facebook and Apple to grant authorities access to encrypted messages. Several countries are calling for so-called “backdoors” which would allow them to bypass encryption.

The U.S., European Union, Australia, Russia and China are among the jurisdictions “trying to develop means and methods for requiring weak encryption systems,” Snowden claimed.

Tech firms argue that end-to-end encryption, which scrambles messages during delivery so that they can only be viewed by the intended recipient, is important for ensuring users’ privacy.

But governments are concerned about the technology preventing law enforcement from investigating severe crimes like terrorism and child sexual abuse.

The use of end-to-end encryption has long been a point of contention between governments and large tech companies. Apple, for example, has frequently clashed with U.S. authorities over encryption and data privacy.

Privacy “was meant to be the individuals’ power,” Snowden continued. “It was meant to protect us, to shelter us from the institutional behemoths that sort of marched in the cities of our day, whether it’s the modern time or the time before.”

“It was an insulating layer that allowed those of us who wield very little power in society, because we are individuals, to think and act and associate freely,” he added.

The former intelligence consultant in 2013 leaked classified documents to journalists describing surveillance programs run by the NSA to tap people’s cell phones and internet communications. To some, he is viewed as a hero; to others, a traitor to his country.

Calling out Facebook and other tech giants, Snowden said: “The same companies that have worked so hard to spread encryption over the years are now beginning to fear the next step.”

“They’re not socially minded,” Snowden added. “They don’t care. They care about their interests.”

In AICompaniesRoboticsStartupsTech
on 20 August 20217 min read

His comments appeared to contradict Facebook’s pro-encryption messaging. The company has faced a backlash from officials in the U.S. and Britain over plans to bring end-to-end encryption to all its messaging apps.

Last year, the U.S. and its “Five Eyes” allies — the U.K., Canada, Australia and New Zealand — released a statement calling on tech companies to develop a solution that enables law enforcement to access tightly encrypted messages.

Meanwhile, the European Union is pushing the tech industry to look for ways to provide law enforcement with access to digital evidence “without prohibiting or weakening encryption.”

According to Apple, the system wouldn’t actually scan people’s photos but instead search for digital “fingerprints” that match with a U.S. database of child abuse material. However, the Electronic Frontier Foundation slammed the move as a “backdoor” for government snooping.