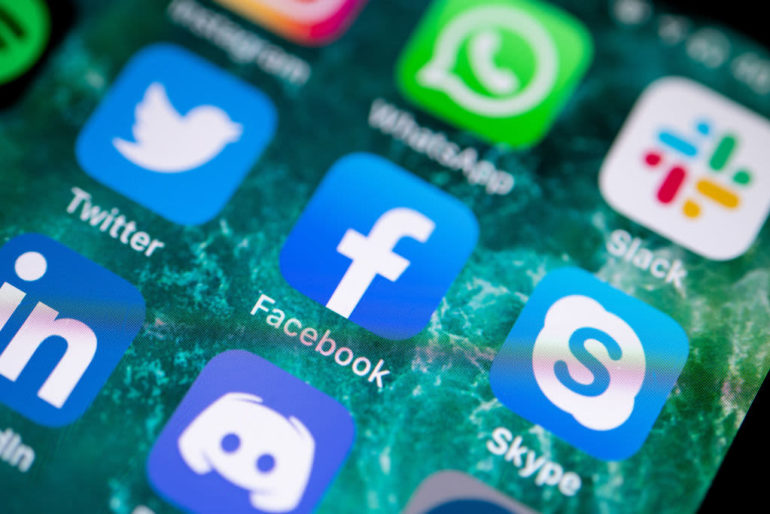 LONDON — Facebook accused Apple of using its power to “harm developers and consumers” and welcomed draft laws outlined by the European Commission.

The new laws announced Tuesday — known as the Digital Markets Act and the Digital Services Act — are designed to keep the tech giants in check. The DMA introduces rules for platforms that act as “gatekeepers” in the digital sector, while the DSA is designed to address illegal and harmful content by asking platforms to rapidly take it down.

“We hope the DMA will also set boundaries for Apple,” a Facebook spokesman said in a statement. “Apple controls an entire ecosystem from device to app store and apps, and uses this power to harm developers and consumers, as well as large platforms like Facebook.”

Apple did not immediately respond to CNBC request for comment.

The EU Commission, the executive arm of the EU, said it could fine gatekeepers up to 10% of their total worldwide annual turnover if they broke the proposed rules. For Apple, that would be around $26 billion.

Apple and Facebook have been feuding ever since Apple announced a privacy tool that lets users block advertisers from tracking them across different apps.

When the feature was announced, Facebook, which makes money from selling ads, claimed it would hurt developers. Apple responded saying: “When invasive tracking is your business model, you tend not to welcome transparency and customer choice.”

Facebook, which also owns Instagram and WhatsApp, has struggled to keep misinformation, hate speech and extremist content off its platforms for years. However, it said it broadly welcomed the “harmonized EU rules.”

The proposed laws, which still need to be approved by the European Parliament before they are passed, were welcomed by other tech companies like Spotify, which filed an antitrust lawsuit against Apple in March 2019, saying Apple Music has an “unfair advantage” over rivals.

“The DMA is a significant step towards greater innovation and competition on fair terms in the European market,” said Horacio Gutierrez, head of global affairs and chief legal officer at Spotify. “There is now a global consensus that large gatekeeper platforms are leveraging their power in ways that slow innovation and hurt consumers, and that regulation is needed to avoid harm before it becomes irreparable.”

TikTok, which has also been criticized for hosting questionable content on its platform, also welcomed the rules. “It’s clear that platforms play an important role in society, and it is right that they are transparent and held to account,” said Caroline Greer, director of government relations and public policy for TikTok in Brussels.

Sinead McSweeney, VP of public policy for Twitter EMEA, said her company welcomed the publication of the acts, saying that they come at a “critical political juncture” in Europe and around the world.

In CompaniesSmartphones
on 1 May 20211 min read

Google, which has been accused of trying to quash firms in other industries and hosting questionable material on YouTube, was less positive about the new legislation.

“We are concerned that they appear to specifically target a handful of companies and make it harder to develop new products to support small businesses in Europe,” said Karan Bhatia, Google’s vice president of government affairs and public policy.

“We will continue to advocate for new rules that support innovation, increase responsibility and promote economic recovery to the benefit of European consumers and businesses.”

Amazon, which has contributed to the demise of some physical stores, declined to comment, instead pointing to a blog post by Xavier Garambois, Amazon’s vice president for EU retail, that outlines the company’s overall position.

“We share the European Commission’s ambition to remove barriers so that consumers and businesses of all sizes can take full advantage of the European single market,” reads the blog published Dec. 3.

“It’s in the interest of Europe’s consumers that … policy continues to enable creativity, while ensuring the same rules apply to all companies.”