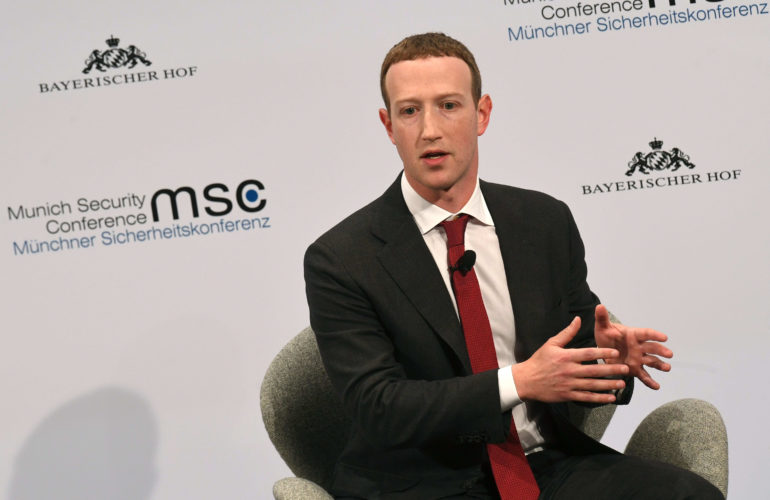 Facebook on Thursday announced a bevy of new features for groups, including new recommendation prompts that could push more users to discover and join them.

Now, Facebook will recommend public groups to users as they scroll through their News Feed or open their groups tab. The new recommendations come despite recent criticisms that Facebook’s existing group recommendation algorithms introduce users to extremist views, such as White supremacy and anti-Semitism.

Groups have become a more important part of Facebook’s business over the past few years. When users join a group, they see material from other group members on their News Feeds, alongside the customary posts from their Facebook friends. Often, these groups will be focused on shared interests, such as hobbies or political views, which can increase user engagement.

The company has put a greater spotlight on the feature with an advertising campaign, including a Super Bowl ad in February, and it seems to be working. The company on Thursday said there are now 1.8 billion Facebook users who use groups every month, up from 1.4 billion in May 2018.

But groups have also been criticized for spreading misinformation or calls for harmful action, which can spread rapidly among like-minded people while being hidden from non-group members. In September, the company announced that it would no longer recommend health groups to users, saying “it’s crucial that people get their health information from authoritative sources.” In August, the company rolled out a new policy that bans groups focused on militias or that support violent acts.

To prevent the new features from causing further damage, Facebook will not recommend any groups with misinformation in them and it will rely on a team of human curators to police which content is included in the recommendations, said Tom Alison, vice president of engineering for the Facebook app.

“All of the work that we do around integrity of recommendations and preventing misinformation or other types of content that we don’t want to recommend are going to apply to these new features,” Alison told CNBC.

The company is also making a number of other changes to groups, including:

Automated moderation features. Alison said Facebook has removed more than 1 million groups over the past year that violated the company’s policies. In addition, the company announced that there were more than 70 million admins and moderators running Facebook groups in the past month — the first time the company has said how many users manage and moderate groups on Facebook.

To aid these users, Facebook announced Admin Assist, which helps group moderators and admins automate certain functions. For instance, admins can set rules such as preventing posts with specific keywords or setting a minimum amount of time for how long someone has been a part of a group before they are allowed to post.

Xiaomi device will charge devices from across a room

In Apps and WebCompaniesSmartphones
on 29 January 20218 min read

“Admins are the heart of every community on Facebook,” Alison said. “It’s really important that we give them the tools to manage their groups and allow them to create healthy, engaged communities.”

Different user names for different groups. Another significant feature announced on Thursday is that Facebook users will now be allowed to change their user names and profile pictures for the various groups they are a part of. This means that a user can have a name different from that of their Facebook profile whenever they post within specific groups.

This feature could be useful for users who go by different names in specific communities, such as gamers. Alison said that although users can change their names and profile photos, other group members will still be able to see their authentic Facebook profiles by tapping on their links. If users abuse this feature, group admins can choose to turn off this feature. Additionally, Facebook will take steps as needed when its community standards are violated and enforcement is needed, a company spokesman told CNBC.

These features are being tested now, and they will roll out to users over the next few months, Alison said.