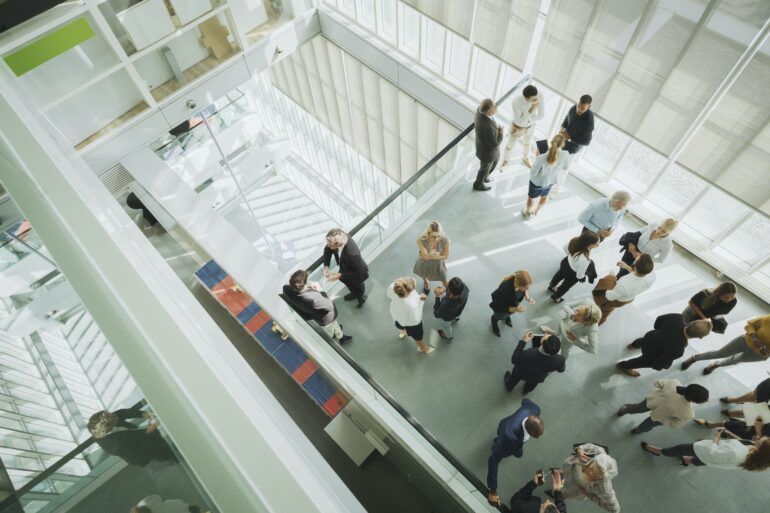 The world is a networked place, literally and figuratively. The field of network science is used today to understand phenomena as diverse as the spread of misinformation, West African trade and protein-protein interactions in cells.

Network science has uncovered several universal properties of complex social networks, which in turn has made it possible to learn details of particular networks. For example, the network consisting of the international financial corruption scheme uncovered by the Panama Papers investigation has an unusual lack of connections among its parts.

But understanding the hidden structures of key elements of social networks, such as subgroups, has remained elusive. My colleagues and I have found two complex patterns in these networks that can help researchers better understand the hierarchies and dynamics of these elements. We found a way to detect powerful “inner circles” in large organizations simply by studying networks that map emails being sent among employees.

We demonstrated the utility of our methods by applying them to the famous Enron network. Enron was an energy trading company that perpetrated fraud on a massive scale. Our study further showed that the method can potentially be used to detect people who wield enormous soft power in an organization regardless of their official title or position. This could be useful for historical, sociological and economic research, as well as government, legal and media investigations.

From pencil and paper to artificial intelligence

Sociologists have been constructing and studying smaller social networks in careful field experiments for at least 80 years, well before the advent of the internet and online social networks. The concept is so simple that it can be drawn on paper: Entities of interest – people, businesses, countries – are nodes represented as points, and relationships between pairs of nodes are links represented as lines drawn between the points.

Using network science to study human societies and other complex systems took on new meaning in the late 1990s when researchers discovered some universal properties of networks. Some of these universal properties have since entered mainstream pop culture. One concept is the Six Degrees of Kevin Bacon, based on the famous empirical finding that any two people on Earth are six or fewer links apart. Similarly, versions of statements such as “the rich get richer” and “winner takes all” have also been replicated in some networks.

These global properties, meaning ones applying to the entire network, seemingly emerge from the myopic and local actions of independent nodes….