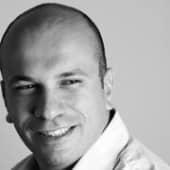 PC giant HP Inc. this afternoon said it will appoint as its chief technology officer Tolga Kurtoglu, who has been serving as head of global research for Xerox, and has been at the famed Palo Alto Research Center, known colloquially in tech circles as Xerox PARC, for a decade, including serving as its CEO since 2017.

PARC is for many the birthplace of the personal computer, having brought to life concepts of user interface such as the GUI and the mouse (though the latter was actually developed by Doug Engelbart.)

In his new role, Kurtoglu will head up HP’s HP Labs.

According to HP, Kurtoglu  “will drive a renewed commitment to cutting-edge research and innovation” and “also lead the company’s technology strategy and engagement with the technical and scientific communities.”

In Apps and WebSmartphones
on 14 December 20202 min read

HP CEO Enrique Lores said of the two individuals, “Their leadership further strengthens our ability to innovate for customers and capitalize on attractive growth opportunities as we create new products, services and business models.”

HP also announced its head of strategy and chief legal officer, Kim Rivera, is department after five years with the company. She will will stay on through the end of this year to “ensure a seamless transition,” the company said. HP’s general counsel, Harvey Anderson, will take over for Rivera. Lores lauded Rivera for her acumen and the “huge impact” she has had.