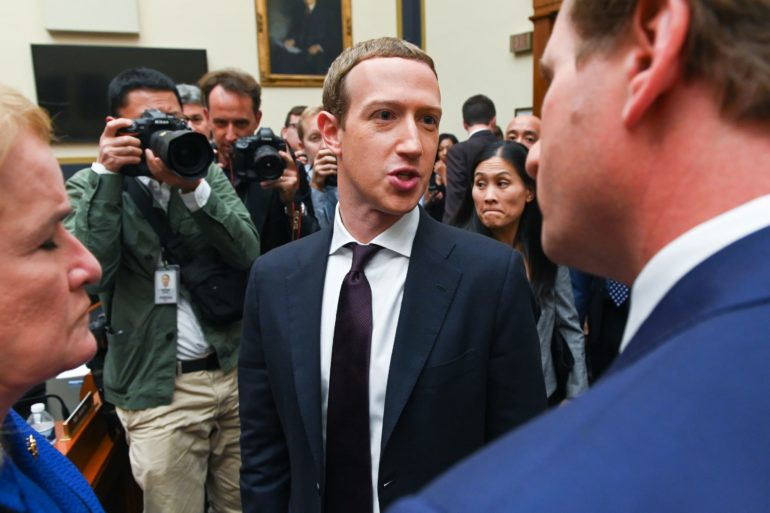 A federal court on Monday dismissed the Federal Trade Commission’s antitrust complaint against Facebook, as well as a parallel case brought by 48 state attorneys general, dealing a major setback for the agency’s complaint that could have resulted in Facebook divesting Instagram and WhatsApp.

Shares of Facebook rose more than 4% on Monday following the rulings, sending the social media company’s market capitalization above $1 trillion for the first time.

“We are pleased that today’s decisions recognize the defects in the government complaints against Facebook,” the company said in a statement. “We compete fairly every day to earn people’s time and attention and will continue to deliver great products for the people and businesses that use our services.”

The FTC sued the company last December, alongside attorneys general from 48 states, arguing that Facebook engaged engaged in a systematic strategy to eliminate threats to its monopoly, including the 2012 and 2014 acquisitions of Instagram and WhatsApp, respectively, which the FTC previously cleared.

However, the court ruled Monday said the FTC failed to prove its main contention, and the cornerstone of the case: That Facebook holds monopoly power in the U.S. personal social networking market.

“Although the Court does not agree with all of Facebook’s contentions here, it ultimately concurs that the agency’s Complaint is legally insufficient and must therefore be dismissed,” reads the filing from U.S. District Court for the District of Columbia. “The FTC has failed to plead enough facts to plausibly establish a necessary element of all of its Section 2 claims — namely, that Facebook has monopoly power in the market for Personal Social Networking (PSN) Services.”

The court found the FTC did not provide enough detailed data to prove Facebook has market power in the loosely defined market for personal social networking services.

“The Complaint is undoubtedly light on specific factual allegations regarding consumer-switching preferences,” the court wrote. “These allegations — which do not even provide an estimated actual figure or range for Facebook’s market share at any point over the past ten years — ultimately fall short of plausibly establishing that Facebook holds market power.”

Elsewhere, the filing notes that the FTC’s complaint seemed to assume that the court would agree Facebook is a monopoly.

“The FTC’s Complaint says almost nothing concrete on the key question of how much power Facebook actually had, and still has, in a properly defined antitrust product market,” the filing reads. “It is almost as if the agency expects the Court to simply nod to the conventional wisdom that Facebook is a monopolist.”

The ruling is not necessarily the end of the case. The court acknowledged that the FTC may be able to cure the weaknesses in its argument so left open the possibility that it could file an amended complaint and continue the litigation.

“The FTC is closely reviewing the opinion and assessing the best option forward,” a spokesperson for the FTC said.

In Apps and WebCompaniesSmartphones
on 18 June 20216 min read

The court also disagreed with Facebook’s argument that the FTC does not have the power to attack the acquisitions of Instagram and WhatsApp, which took place in 2012 and 2014. On the contrary, it ruled that the FTC can still seek divestiture of these acquisitions — but only if it succeeds in its legal arguments about Facebook’s monopoly power.

However, the court completely dismissed the parallel case from the state attorneys general, saying that the long delay between the acquisitions and the 2020 case filing were unprecedented on a state level, and that the states’ argument about “Facebook preventing interoperability with competing apps fails to state a claim under current antitrust law, as there is nothing unlawful about having such a policy.”

“We are reviewing this decision and considering our legal options,” a spokesman for the office of New York Attorney General Letitia James said.

Read the full ruling in the FTC case here.

Read the full ruling in the state case here.