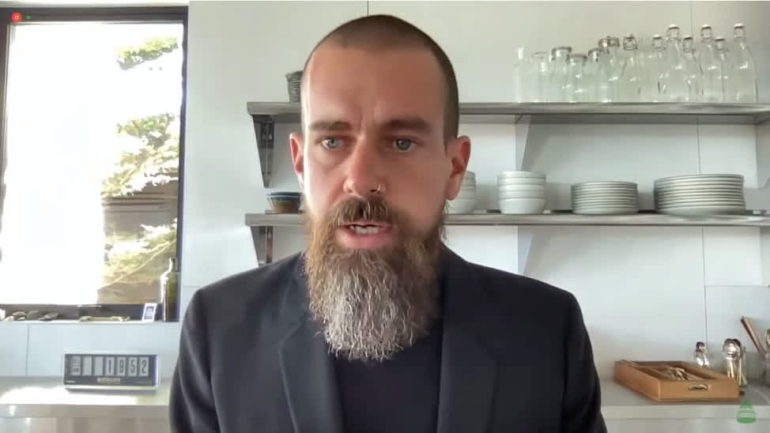 In what has become a regular occurrence in Congress, lawmakers faced off with the CEOs of three of the most influential tech platforms on Thursday in a five-and-a-half-hour hearing about misinformation.

The key legislative focus of the discussion was Section 230 of the Communications Decency Act, the legal shield that protects platforms from liability for their users’ posts and allows them to moderate content as they see fit. Facebook CEO Mark Zuckerberg, Google CEO Sundar Pichai and Twitter CEO Jack Dorsey were the three witnesses before two subcommittees of the House Energy and Commerce Committee at the joint hearing.

At points, the exchanges took a tense tone. Several times throughout the hearing, lawmakers attempted to conserve their time by asking “yes or no” questions, to which the CEOs consistently answered in full sentences. Dorsey sent a tweet during the testimony that seemed to mock the mode of questioning: A poll where users could simply choose either “yes” or “no.”

“Your multitasking skills are quite impressive,” said Rep. Kathleen Rice, D-N.Y., after asking him which answer was winning.

There were still a few moments where lawmakers appeared out of step. Several lawmakers mispronounced Pichai’s name and one misstated Zuckerberg’s as “Zuckerman.” One lawmaker initially confused Zuckerberg by asking about his family’s use of YouTube, a Google-owned service. When Zuckerberg clarified that was really what was being asked, it harked back to the infamous moment when he had to explain to a senator how Facebook makes money by selling ads.

Still, it appeared that lawmakers are itching to hold the major tech platforms accountable, and many are eager to do so through reforms to Section 230.

That prospect worries many tech advocates, including groups that are often critical of the major platforms.

They fear that limitations of Section 230 protections will harm the smallest players by making it more difficult to fight lawsuits, while well-resourced tech companies will be able to foot the bill. Evan Greer, director of the progressive digital rights group Fight for the Future, said at an event ahead of Thursday’s hearing that using Section 230 as a lever to incentivize behavior “is inherently a monopoly maker.”

Some lawmakers have expressed skepticism about Zuckerberg’s stated willingness to see some reforms to Section 230, although the CEO emphasized at Thursday’s hearing that greater accountability should fall only on the largest platforms. Dorsey, who represented the smallest company on the witness stand Thursday, expressed concern that it would be difficult to distinguish between what should count as a small and large platform for the purposes of such legislation.

What about the children?

Protecting children was a prominent theme in Republicans’ questioning on Thursday, suggesting how the two sides could come together to pass changes.

Rep. Cathy McMorris Rodgers, R-Wash., the ranking member of the full committee, set the tone in her opening remarks.

“I have two daughters and a son with a disability. Let me be clear,” she said in her written remarks. “I do not want you defining what is true for them. I do not want their future manipulated by your algorithms.”

McMorris Rodgers and several other Republicans talked about the mental health implications of social media on kids and how their safety could be jeopardized on the platforms. Some lawmakers questioned Zuckerberg on an Instagram-for-kids service his company has been exploring for children under 13, who would not otherwise be eligible for Facebook’s services. Zuckerberg said the project is in an early stage but that part of the goal is to give kids an alternative platform to sign up for so they don’t lie about their age to access the regular service.

Some Democrats also expressed interest in the issue. Rep. Lori Trahan, D-Mass., pressed the CEOs about features of their kids-focused services that she implied could be harmful, such as endless scrolling, recommendations and unnatural face filters. She also said it’s not enough to put the onus on parents to set up controls for their children.

“The last thing overworked parents need right now, especially right now, are more complex to-dos, which is what parental controls are,” she said. “They need child-centric design by default.”

There were other, more divisive issues as well. Some Republicans resurfaced allegations that the platforms systematically censor conservative voices, which the CEOs have all denied, and Democrats tried to assess the platforms’ roles in the Jan. 6 insurrection at the U.S. Capitol.

By the end of the hearing it was still unclear whether lawmakers have moved any closer to passing substantive reform. But the sense of urgency among members was palpable.

As Rep. Jan Schakowsky, D-Ill., told the CEOs at the start of the hearing, “Self-regulation has come to the end of its road.”