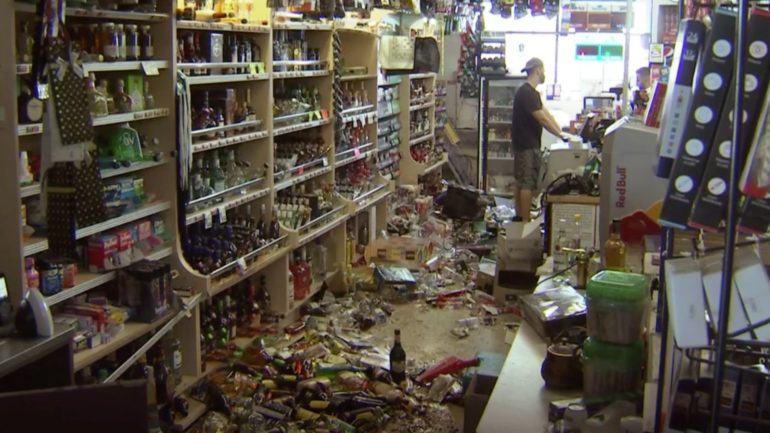 A magnitude 7.1 earthquake struck southern California on Friday night at around 8:19 p.m. local time, with a reported epicenter around 10 miles to the northeast of the town of Ridgecrest—the second major quake to hit the region in two days.

Per the Washington Post, Kern County Fire Chief David Witt said that no deaths had been reported in the region, though county and state officials said there were reports of multiple structure fires, widespread power outages, cracked roads, and water and gas line ruptures. Kern County, where Ridgecrest is located, had already declared a state of emergency after a magnitude 6.4 earthquake that had already qualified as one of the strongest in years hit nearby on Thursday. The 7.1 quake was the strongest with an epicenter in the state since the 1999 Hector Mine quake in the Mojave Desert, according to the Los Angeles Times, though a quake in 2010 in Mexico near Mexicali scored 7.2 and was felt across the border.

“We do feel like there is damage, but we don’t know the extent of it yet,” Witt told reporters on Saturday. “Nobody was trapped, no major collapses that we know of, but we are out there searching.”

The quake also had an effect on the Naval facility at China Lake which conducts weapons research and training, though the extent of the damage was not clear, the Post wrote:

Naval Air Weapons Station China Lake was “not mission capable until further notice,” and nonessential personnel were authorized to evacuate to the surrounding area, the base announced on Facebook without providing further details on the damage sustained.

“It was bad. Man. It hasn’t stopped yet,” Ridgecrest resident Jeremiah Jones told the Los…