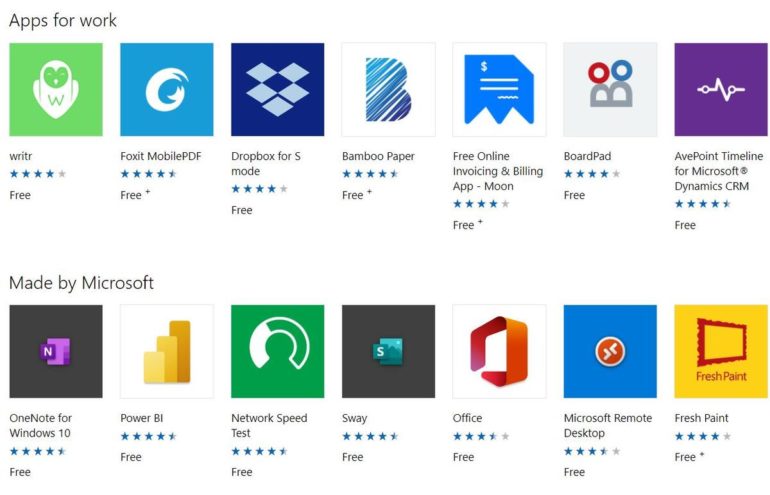 The Microsoft Store, originally known as the Windows Store, is Microsoft’s online app store that is built into Windows 10. In 2015, Microsoft started testing a couple of companion digital stores: The Microsoft Store for Business and the Microsoft Store for Education were designed for admins who wanted to make applications available to their users outside of the normal Windows Store channel in Windows 10. They allow admins to make Store apps available to their users for volume acquisition and distribution, as well as provide a way for custom line-of-business distribution only inside a particular organization

Microsoft officials said they will be bringing together the management capabilities of Microsoft Endpoint Manager, the new Microsoft Store app that’s being built for Windows 10 and 11 and Windows Package Manager in a way that will enable IT pros and education administrators to control the apps being downloaded by users in their organizations.

Starting in the first half of 2022, user swill be able to find apps from Microsoft’s new Store catalog to deploy to managed devices from within Intune or other endpoint-management solution. The new Store, as officials have said previously, will include Win32, NET, Universal Windows Platform (UWP) and Progressive Web Apps. And for unmanaged devices, users will be able to use the WinGet command-line tool within Windows Package Manager to find and install apps.

Microsoft has no plans to support either the Store for Business or Store for Education in Windows 11. Until the first quarter of 2023, admins can still use these stores and manage apps that are deployed to managed Windows 11 devices via their endpoint-management services. Microsoft plans to release Windows Package Manager capabilities required to manage public and private/line-of-business apps for users to preview in the first half of 2022 and to use in production in the second half of 2022.

As Microsoft announced in April, paid apps won’t be supported via this new approach; only free apps will be available for procurement using Package Manager and end-point management. Officials said that applications already assigned and deployed to end-user devices — whether they’re free or paid — will continue to work as long as the app isn’t removed from the device.