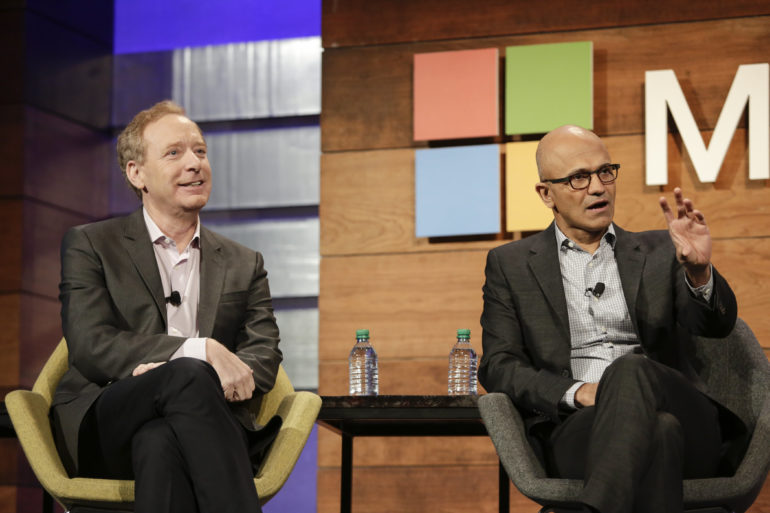 Microsoft said Wednesday it would never threaten to leave Australia after Google suggested it could pull its widely used search engine from the country.

Google made the threat last month after the Australian government proposed a new law that would force the tech giant to pay news publishers for the right to link to their content.

“One thing is clear: while other tech companies may sometimes threaten to leave Australia, Microsoft will never make such a threat,” said Brad Smith, Microsoft’s president, in a statement.

“We are committed to supporting the country’s national security and economic success.”

Google did not immediately respond to a CNBC request for comment.

Microsoft is well placed to capitalize from any fallout between Google and Australia. Google currently dominates search in the country, boasting a 94.5% market share, according to web analytics firm StatCounter, while Microsoft’s Bing holds just 3.6%.

Smith said that he and Microsoft CEO Satya Nadella spoke with Australia’s Prime Minister Scott Morrison last week, who recently told reporters that Australia “did not respond to threats.”

The tech veteran said Microsoft supports Australia’s plan to make digital platforms like Google and Facebook pay for news, adding that it is “vital to the country’s democracy.”

“That is why Microsoft has long supported the Australian Competition and Consumer Commission’s (ACCC) efforts to analyze these issues and propose world-first solutions,” he said.

Australia is on course to pass laws that would make tech giants negotiate payments with local publishers and broadcasters for content included in search results or news feeds. If they cannot strike a deal, a government-appointed arbitrator will decide the price.

The proposed new law in Australia is dubbed the news media bargaining code and it’s targeted specifically at Google and Facebook. The pair derive a bigger chunk of their revenues from displaying digital adverts alongside news stories than Microsoft does.

Google has been lobbying hard against the code, calling it “unreasonable” and “unworkable.”

Mel Silva, managing director for Google Australia and New Zealand, told an Australian Senate committee last month: “Coupled with the unmanageable financial and operational risk if this version of the code were to become law, it would give us no real choice but to stop making Google Search available in Australia.”

But Smith said: “The code reasonably attempts to address the bargaining power imbalance between digital platforms and Australian news businesses.”

“It also recognizes the important role search plays, not only to consumers but to the thousands of Australian small businesses that rely on search and advertising technology to fund and support their organizations,” he added. “While Microsoft is not subject to the legislation currently pending, we’d be willing to live by these rules if the government designates us.”