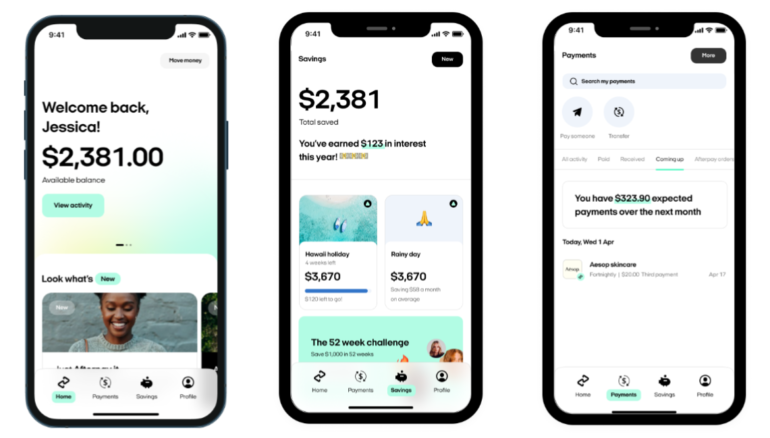 Buy now, pay later (BNPL) company Afterpay has launched its new money and lifestyle app, Money by Afterpay, which will kick off with a pilot for its own Australian staff before a full go-live in October.

The Money app marks the first product from Afterpay’s partnership with Westpac, which co-founder and CEO Anthony Eisen said would allow his company to leverage banking infrastructure without recreating it, which is a condition for standing up a neobank in Australia.

To use the Money app, customers must have an existing Afterpay BNPL account. Afterpay said within minutes of opening an account, customers can make it their primary “money management app”.

The app will display BNPL balance, upcoming orders, and instalments, and also the user’s daily spending and savings accounts.

Customers can earn an interest rate of 1% p.a. on up to 15 different savings accounts, the company said. In addition, it is proposed that the daily account will not charge customers fees.

“To receive the interest rate, customers simply have to have money in any one of their savings accounts. There are no special requirements such as ensuring your savings balance is higher at the end of the month than at the start,” Afterpay told shareholders in a statement to the ASX. “The interest rate of 1% p.a.can be earned up to AU$1,000,000 in each of the 15 savings accounts.”

In developing the app, Afterpay said it performed more than 1,400 hours of in-depth research with customers that demonstrated there is a large number of “Gen Z” and “Millennial” customers who “don’t trust their own money behaviours, and therefore lack confidence in using or committing to other apps on the market”.

“Fundamentally, customers indicated that control over savings was the key to envisaging a greater financial future for themselves. However, the current offerings in the market around savings feel unnecessarily complex and inaccessible, or not suited to their needs,” the company continued.

“This insight around helping customers trust themselves is what drove the development of the Money app.”

Feedback from the app’s use by Afterpay employees will shape public release, the company said, with further features to be added for October go-live.

In addition to Westpac as the regulated deposit account and card issuer, Afterpay said it has obtained an Australian Financial Service Licence from the Australian Securities and Investments Commission to enable it to provide general financial product advice and distribute basic deposit products and debit cards.

Afterpay in February reported its results for the first half of 2021, making a net loss after tax of AU$79.2 million at the end of the six-month period

In Apps and WebCompaniesTech
on 15 July 20211 min read

Austrac has decided not to pursue any further regulatory action against the ‘buy now pay later’ service.

Those accredited by the code vow to be transparent and focus on the needs of the customer.