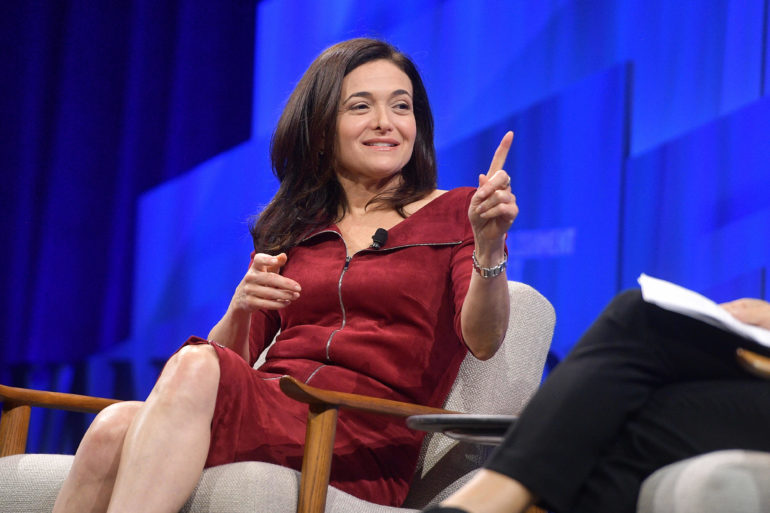 Facebook COO Sheryl Sandberg on Monday said that the insurrection at the U.S. Capitol last week was largely organized on other internet services, not on Facebook.

“We again took down QAnon, Proud Boys, Stop the Steal, anything that was taking about possible violence last week,” Sandberg said in a live-streamed interview with Reuters. “Our enforcement is never perfect, so I’m sure there were still things on Facebook. I think these events were largely organized on platforms that don’t have our abilities to stop hate, don’t have our standards and don’t have our transparency.”

But there were still plenty of groups who were able to post on Facebook about storming the Capitol building before the riots last week. For example, CNBC found that the Facebook group for the political action committee The Black Conservatives Fund called on its 80,000 followers to march on the Capitol on Jan. 5, the day before the riots. The group removed the post after a CNBC inquiry.

Sandberg added that the company continues to work find any mention that might be linked to the insurrection and remove it. Sandberg’s comments come after Facebook last week announced that it would suspend President Donald Trump for an indefinite amount of time and at least until President-elect Joe Biden assumes the Oval Office.

“We have no plans to lift it,” Sandberg said. “This showed that even a president is not above the policies we have.”

In Apps and WebCompaniesSmartphones
on 29 June 20211 min read

Sandberg was also asked about her future with the company after the New York Times in July 2020 reported that she had been sidelined within the company after Facebook CEO Mark Zuckerberg had taken a more hands-on approach toward the company’s relationships with lawmakers in Washington. That was a function that previously fell within Sandberg’s jurisdiction of the company.