The Mandalorian Has Removed ‘Jeans Guy,’ And I’m Disappointed 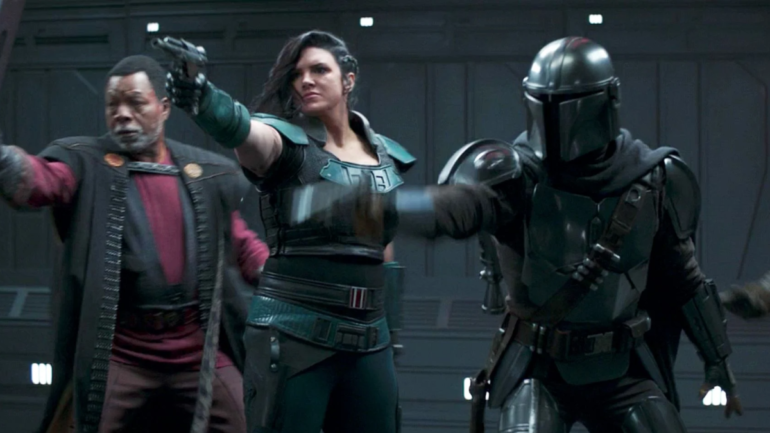 Mistakes are a beautiful part of film and television production. Let ‘em be. They’re great.

Y’all see Jeans Guy? You probably did, if you watch The Mandalorian on its release schedule; the unidentified crew member, wearing a very noticeable pair of not-Star-Wars-y blue jeans, was standing in the background during a shootout in Chapter 12, briefly taking a starring role alongside Carl Weathers, Gina Carano, and Pedro Pascal. He was a great dude.

Now, as reported by Entertainment Weekly, he’s gone, digitally edited from the episode, scrubbed from our collective experience faster than you can say maclunkey. On the one hand, what a marvel of digital technology, that a TV show can be re-edited and re-published within just a week the way you can fix a blog with a typo in it.

But on the other hand: what a bummer! And not just because of the rocky history Star Wars has with revisions. This happens with other franchises, too, and will only become more common as digital streaming releases make any post-production mistakes easy to find and fix in real time. Here’s the thing: mistakes and production goofs are marks on the media we consume that identify them as clearly personal, made by people doing their best and not always succeeding. Mistakes create character, build our personal connection to media, and give us something to argue about. The Empire Strikes Back famously used what was, very transparently, an ice cream maker as a prop. And now it’s a canon device, even appearing in the first season of The Mandalorian! That’s the sort of bounty a good goof can offer.

In AIApps and WebSmartphones
on 7 July 20211 min read

But digital media offers streaming companies something different: easy access to revision and the specter of perfection. I’m really not excited about it. Rest in peace, Jeans Guy. You’re always canon to me.

For more, make sure you’re following us on our new Instagram @io9dotcom.