What are altcoins? Everything you need to know 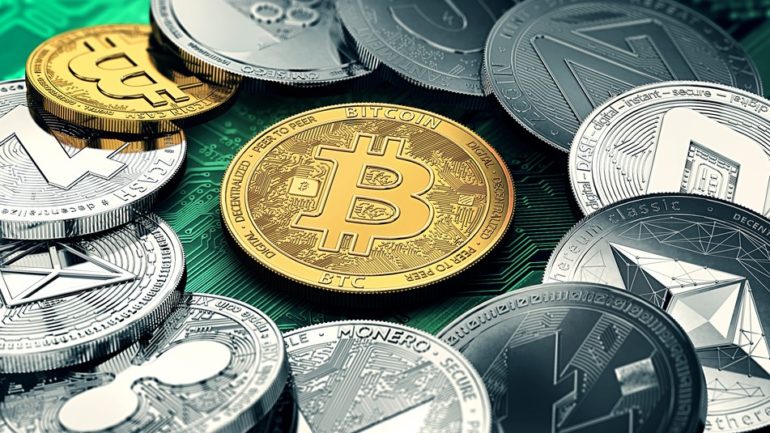 Bitcoin, the king of crypto, holds its status as the first established cryptocurrency and highest priced currency of its kind in the market. It’s become synonymous with the term cryptocurrency, however alternative cryptocurrencies, known as altcoins – of which there are currently over 5000 – also bring something interesting to the table.

Each altcoin has its own, unique offering, from faster payment times to more efficient cross-border transactions,  providing a diverse array of benefits that could be better suited to individuals’ needs than the popular head of the family, Bitcoin – depending on what you’re after.

Generally, alternative payment methods outside of traditional currencies, including altcoins, are on the rise. Altcoins (and Bitcoin) combine properties of modern money and the likes of gold into a new type of asset which makes it both scarce (like gold) yet easily transferable (like fiat currencies). They can be easily stored, not taken from its holder without their consent, and are accessible to everyone, everywhere.

The different categories of altcoins

Mining-based coins
While coins can be bought like traditional currency, they can also be mined. In short, mining requires the user (or miner) to validate a transaction, ensuring its authenticity, and update the blockchain accordingly – the reward for doing so is the cryptocurrency. An example of a mining-based altcoin is Ethereum – more on that below.

Security tokens
Security tokens are a form of investment contract, which promises the consumer equity in a company, profit sharing, or even voting rights, to name a few examples. As such, they’re typically linked to a business and are governed by security laws, meaning there are stricter guidelines on purchasing and transferring security tokens.

Utility tokens
Utility tokens provide a user with access to a service. For example, owners of a Filecoin token can spend the cryptocurrency to gain access to the Filecoin network, a decentralised, peer-to-peer network that stores files online.

Which altcoin is right for you?

While exploring all 5000+ altcoins in existence is an impossible task, it’s worth examining and understanding  the defining characteristics of four prominent Bitcoin alternatives, namely: Ethereum, Litecoin, Ripple (XRP) and Bitcoin Cash.

Ethereum
Despite the altcoin market existing for around a decade now, and Bitcoin coming into play in 2009, the only cryptocurrency player ever mentioned in its league is Ethereum. Ethereum is a public, peer-to-peer network, with its own cryptocurrency called Ether. It’s biggest difference to Bitcoin is that, while Bitcoin aims to become a globally adopted currency that could replace conventional money, Ethereum is a world computer upon which smart contracts (digital contracts which automatically execute when their terms are met) and decentralised apps can run.

In 2016 there was hype surrounding Ethereum in the sense that people predicted it could even overtake Bitcoin as the most popular crypto asset. Since then, Ethereum’s price has fallen quite considerably against Bitcoin, but it still plays a considerable role as a popular altcoin.

How to debate a flat-Earther

In Apps and WebCompanies
on 10 September 20204 min read

Litecoin
Otherwise known as “the silver to Bitcoin’s gold” due to their similar functions, Litecoin was launched in 2011 with the intention of being a global digital payments system. Much like any online payment system – from PayPal to a bank transfer – users transfer litecoin to one another when making payments. However, despite the obvious comparisons to Bitcoin, Litecoin is a cheaper and faster alternative, thanks to the fact that it can process payments four times faster. It aims to process a block (which holds batches of valid transactions) every two-and-a-half minutes, compared to Bitcoin’s 10 minutes.

It’s also cheaper,  costing just one one-thousandth of one Litecoin to process a transaction of any size. Compare that to the transaction fees found with services like PayPal – which charges 3% – and it’s easy to see why Litecoin is seen as the more viable option for everyday transactions and purchases.

XRP
Despite its common association with the US company, Ripple, XRP is an independent digital currency, neither owned or controlled by any one entity or person. It is an open-source cryptocurrency with its main strength being the ability to enable cheaper, faster cross-border transactions than other payment networks. Operating on its own blockchain ledger, XRP transactions can take as little  as 3–5 seconds to process, with the cryptocurrency acting as a bridge between different currencies.

Bitcoin Cash
In simple terms, Bitcoin Cash (BCH) is a cryptocurrency that branched off Bitcoin. It is not the same currency and it operates across its own blockchain but they share many of the same properties. The main difference between the two coins is that Bitcoin Cash came from a desire to improve Bitcoin as a medium of exchange, rather than an investment medium. With this in mind, Bitcoin Cash is made to facilitate everyday transactions so that they’re cheaper and faster, and it aims to become global digital cash which would compete with payment giants like PayPal and Visa.

Cross-border payments with traditional banks can be slow and expensive. In many cases, it is easier to take physical cash on an aeroplane and give it to the recipient than to make a bank transfer. Bitcoin Cash provides a secure, instant and cheap option for cross-border financial transactions.

With the number of altcoins rising, it’s worth considering more than just Bitcoin when looking into alternative savings, spending or trading options. If it’s a quicker day-to-day payment you’re looking for, Litecoin could be the best coin for you. Alternatively, Ethereum would be better if decentralised apps and smart contracts are what you’re working with. Ultimately, the differences encompassed by different types of altcoins give users options in how best to spend and save. While it might seem overwhelming, a little research goes a long way to helping you find the best altcoin(s) for you.