Who should play the next Doctor Who? 10 candidates to replace Jodie Whittaker 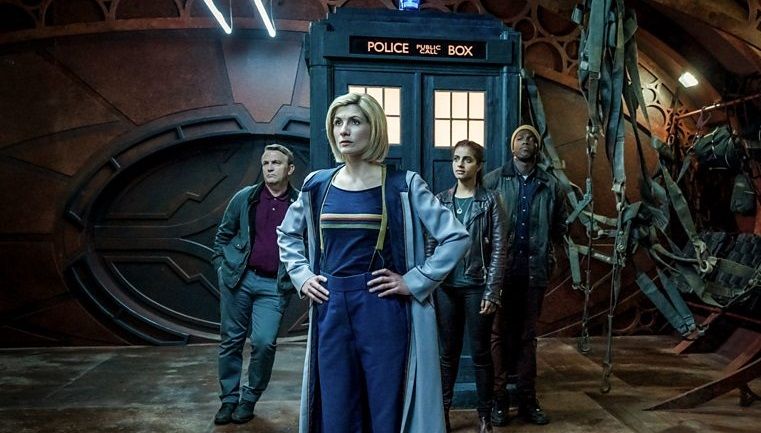 In the UK – a country where everyone can recognize a Dalek – the question of who should play the next Doctor Who is guaranteed to be a hot topic of conversation. And since current star Jodie Whittaker and showrunner Chris Chibnall announced they’ll be leaving the show next year, the debate about the identity of her replacement has moved up a notch.

The decision is undoubtedly going to cause Who’s new showrunner – Happy Valley creator Sally Wainwright is rumored to be the frontrunner for the gig – some major headaches. The Doctor is a lead role like no other, an alien hero who doesn’t use guns, for whom quirkiness is as integral to their DNA as a second heart.

And now that Whittaker has played the show’s first female Doctor, there’s another complex element to the casting. Indeed, bringing in another white man – as the Doctor was for their first 12 (13 if you include John Hurt’s War Doctor) incarnations – could feel like a retrograde step for a show that’s made a concerted effort to embrace diversity.

Established Hollywood stars like Benedict Cumberbatch, Olivia Colman and Idris Elba are almost definitely out of the BBC’s reach. And other names – such as Death in Paradise’s Kris Marshall and James Bond’s Ben Whishaw – routinely come up whenever there’s a vacancy in the TARDIS.

In the list below, we’ve pulled together 10 actors who could play the next Doctor Who. Some are more likely than others, but bear in mind that it’s just as likely the casting will take us all by surprise. After all, few had heard of Matt Smith before he got the keys to the TARDIS in 2010.

While the Years & Years singer is currently the bookmakers’ favorite to play the next Doctor Who, his manager, Martha Kinn, has denied the rumors, telling Instagram that, “Even though Olly is often contacted by Cybermen, I’m afraid I have to exterminate this speculation.” Alexander does have experience acting alongside Daleks in Channel 4/HBO Max drama It’s a Sin, but this is one to file under unlikely – especially as the rumor seems to have started when former Who showrunner Russell T Davies told SFX magazine: “Olly would make a marvellous Doctor Who”.

From his signature sitcom role as Moss in The IT Crowd, to his hosting gig on UK game show The Crystal Maze, there’s always been something slightly otherworldly about Ayoade. His unconventional line delivery and gift for physical comedy seem to be the only reason he’s perpetually linked to the role, however, seeing as nothing on his resumé – he’s more likely to be heard voicing characters in Soul or The Mandalorian than appearing on screen – suggests he’d be up for headlining such a high-profile show.

Doctor Who has probably missed the opportunity to sign up one of British TV’s most sought-after talents, now that her I May Destroy You has put her on the Hollywood map. Coel has a major role in upcoming Black Panther sequel Wakanda Forever, and as with Phoebe Waller-Bridge, the fact that she’s a talented writer shepherding her own projects to the screen, may make her reluctant to commit so much time to someone else’s show.

The British actor will soon have some extra time on his hands with Supergirl coming to an end, and after stints on Homeland and Selfie, he has plenty of experience of living on the treadmill of a long-running TV show. The fact that he’s already guest starred on the show shouldn’t count against him, either – Twelfth Doctor Peter Capaldi, and former companions Freema Agyeman and Karen Gillan, all played other roles before becoming series regulars. But, like Kris Marshall and Ben Whishaw, Harewood seems to be one of those names who are perennially linked to the role, yet never make it past rumor territory.

Another popular choice with the bookmakers, MacDonald arguably has the right level of stardom to be a good fit for the role. While she’s never been on Hollywood’s A-list, the Trainspotting star has worked on high-profile projects like Boardwalk Empire, No Country for Old Men and Brave, while her recent turn on the final (?) season of hit BBC crime drama Line of Duty can’t have harmed her chances. Also, the Doctor has been Scottish before…

Martin has one huge advantage over her rivals, seeing as she’s already played the Doctor on screen. Thanks to the new ‘Timeless Child’ storyline, it’s been revealed that the Doctor had numerous previous regenerations we didn’t know about – of which Martin’s Doctor was one. We think she’s a long-shot for the lead role, however, not least because it would make it rather more difficult for Doctors from different timelines to cross paths in future seasons.

Considered a leading candidate to play the next Doctor Who before Jodie Whittaker got the gig, Maxine Peake continues to be one of the favorites with the bookmakers. One of British TV’s most versatile stars – she’s moved between comedy and drama, including Black Mirror episode ‘Metalhead’ – there’s no doubt she’s got all the necessary qualifications for the role. The bigger question is whether she’d be comfortable moving from “I know you from somewhere…” status to genuine superstardom.

The Welsh actor has just topped a RadioTimes.com poll as the fans’ choice to be the next Doctor Who, and it’s easy to see why. From Twilight to Masters of Sex, Frost/Nixon to Tron: Legacy, he’s shown himself to be a brilliant, versatile actor who’d undoubtedly put his own spin on British TV’s most iconic role. But is he too in-demand elsewhere – he’s attached to the second season of Amazon Prime’s Good Omens – to take on such a big commitment? If he has any questions, he could always check in with his Good Omens/Staged co-star, Tenth Doctor David Tennant.

This one’s slightly out of left-field, perhaps, seeing as the Doctor has never regenerated into a previous incarnation. Nonetheless, Who canon has an impressive history of reinventing itself to fit circumstances, and if the BBC wants to make Doctor Who hot again, they could do worse than reinstating the most popular Doctor since the show’s 2005 comeback. Tennant did return for 50th anniversary special ‘The Day of the Doctor’, but we suspect he’d be reluctant to risk retreading old ground.

Like her Fleabag co-star Andrew Scott, Phoebe Waller-Bridge has the sort of screen presence and unquantifiable energy that memorable Doctors are made of. Unfortunately, reality may get in the way of this particular dream piece of casting. An in-demand writer on Fleabag, Killing Eve and No Time to Die, Waller-Bridge signed a multi-million-dollar development deal with Amazon in 2019 – the chances of her sacrificing that to run around space and time in the TARDIS seem slim.

Doctor Who returns to BBC America and BBC One later this year.