Windows 11: A glorified theme pack we can all live with 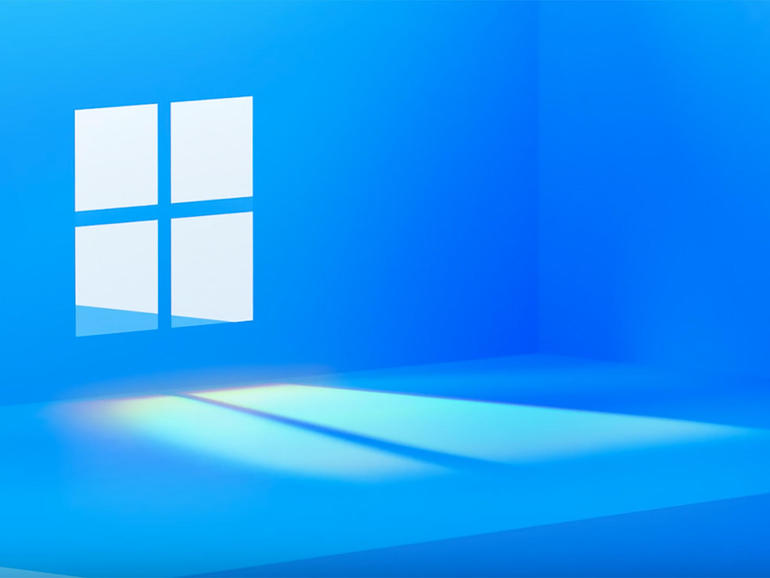 Next week, Microsoft is set to unveil the next version of Windows. All evidence — including leaked builds and teaser videos released by Microsoft in anticipation of the event — suggests this new version will be called Windows 11.

Now, we had initially thought that Windows 10 would be the “last” version of Windows; at least, that was what Microsoft had messaged in 2015. So, what we would be getting in the future were more incremental updates instead of the “Big Bang” releases we saw previously.

So, why are we getting a new major version of Windows now?

A history lesson about Windows upgrades

Let’s refresh our memory: Before Windows 10 came out, we had large milestone releases that introduced significant changes to the OS. They were colossal pain points for consumers and organizations upgrading. For example, in the consumer space, Windows 95/98/ME went to Windows XP, which used the NT kernel and systems architecture we are still using now, and that was a huge deal for consumers.

Before that, while some verticals migrated to Windows NT 3.51 and 4.0, most enterprise businesses went from Windows 95/98 to Windows 2000, implementing Active Directory (and moving from LAN Manager and Novell NetWare to NT in the datacenter) and then XP, so that migration was painful and disruptive to them for many different reasons. Then we witnessed that whole imbroglio with Windows Vista, then the migration to Windows 7, and the UX disaster that was Windows 8.

It was a very bumpy 20 years. But when Windows 10 came out in the summer of 2015, it interjected some sanity into the equation. A few years ago, Microsoft switched to a biannual cadence with incremental upgrades to roll out improvements. This became not just a rollup of bug fixes or a service pack but where actual new features were introduced.

Instead of waiting every five years, give or take, to introduce them, Microsoft did it twice a year. Because of this biannual update regimen, Windows 10 is a very up-to-date OS today, with lots of modern features in it already, as it is.

So, what is Windows 11? Well, if you read Ed Bott’s latest piece, it appears to be more of a fall update for Windows 10, with a new user experience.

Why bother with the branding? Why bump the version number? What’s wrong with calling it Windows 10 21H2 or 2111 or whatever? I mean, Mac OS X was the same top-level version for 20 years — it came out in March of 2001 and did not get the “11” moniker until 2020 when the Apple Silicon change was implemented. And this year’s version, Monterey, is MacOS 12.

So much progress in so little time, Apple!

But this is all marketing; there have been tremendous changes in MacOS in the last 20 years regardless of the “X” branding.

Traditionally, Microsoft has used bumping of version numbers and brand names to wash away the stain of a previous version — like Windows 7 washing away Vista or Windows 10 washing away Windows 8 — or for juicing up the PC upgrade cycle with its OEM partners.

But we don’t have any stains to wash away here. Windows 10 is an excellent OS, the hardware that PCs have today is actually quite impressive, and Windows 10 takes advantage of all of that already.

I mean, come on, we even have a Linux subsystem in Windows now that allows you to run all sorts of cool open source applications, even graphical ones. Did we have that in 2015? No.

I think we can make an argument for Microsoft wanting to put a spark in the PC upgrade cycle because that inertia has been slowing down for a while due to a variety of factors — but that’s a whole other article..

Let’s face it, the “stain” we have to wash away here has nothing to do with Windows — and everything to do with thepandemic and all the other crazy junk the world has thrown our way for the past four years.

Perhaps this is more of a celebratory moment for Microsoft to say, “Hey, it’s OK to go back in the water; here’s a new flashy-looking bathing suit to get you started. Oh, while you’re at it, shave and get a haircut. And go buy a new PC; your clunker is old.”

I think that there is a natural desire to see some tangible changes, especially if you compare the PC platform to the Mac. Then, of course, there’s going to be the usual grousing from those that feel Microsoft isn’t innovating enough or disposing of legacy things quickly enough.

But we shouldn’t allow that to cloud our thinking about why Microsoft does things the way it does. It’s also not fair to impose the same rules and constraints on Microsoft’s customers and developers as Apple does its own.

The PC is not the Mac, and Microsoft’s customer base is not Apple’s

We can play the usual “I’m a Mac, and I’m a PC” nonsense, and it makes for fun sound bites, but this is not how the real world works.

Clearly, in the last year, we have seen Apple make significant changes to the Mac. First, it switched chip architectures, which yielded some real performance improvements in CPU and power consumption when it went to Apple Silicon, based on the Arm architecture. Second, it introduced a new x86 emulation layer, Rosetta 2. Third, it introduced Catalyst so that iPad apps can run on the Mac. Finally, it added sandboxing and containerization on Apple Silicon Macs.

A lot of armchair observers hope Microsoft will do something like that. But in the PC’s case, it doesn’t make sense to completely clean the slate and make so many drastic changes all at once.

It’s easy for a company like Apple to toss apps that were written more than 10 years ago; it decided with Catalina, which is two versions back, that it would throw out a lot of old APIs and frameworks. So, if you didn’t upgrade apps as a developer or as an end-user, you were out of luck.

In Apps and WebCompaniesComputer science
on 7 November 20202 min read

But it doesn’t work that way in the business and enterprise world when you have vertical industry stuff and in-house apps that are 20+ years old. Apple does not have a server OS on the same basic architecture that runs stuff in the cloud or data centers as Microsoft does. Apple also doesn’t have a hyper-scale commercial cloud business that has to run that legacy code as Microsoft does — or a business application unit as with Office 365 — which all still needs to work.

While we can say that Microsoft needs to take a page from Apple, in reality, when Microsoft has to decide to introduce a new version of Windows, there are a whole different set of things it needs to be concerned about.

Changes are coming at a reasonable pace

Microsoft could introduce a new Windows architecture based on ARM, containers, and all that stuff to make Windows behave more like Apple does with iPad and MacOS Monterey on Apple Silicon. But does it have the technical expertise and the ability to implement it?

Yes, but it also can’t afford to break things at the end of the day, or it will be a total disaster.

But the good news is Microsoft has been working on these things for quite some time, even though you might not have noticed them. The company has been openly discussing these sorts of changes at its BUILD conference and with partners. And the infrastructure for these changes — such as for containerized and sandboxed apps that would have been rolled into Windows 10X — is still there.

This will all be coming to Windows 11 down the pike after the novelty of the new bathing suit and haircut wears off. This application sandboxing includes the well-documented open source MSIX package format to make sure app installers don’t overstep their bounds.

But instead of waiting for all these things to mature and roll it out as one big change in Windows 11, Microsoft is opting for the “get customers used to a new look” approach and then incrementally introducing that stuff. Just as we have seen with Windows 10 over the last five years,  it will be business as usual.

Really, this is Windows 10.5, but for marketing purposes, Microsoft wants to call it Windows 11. And we have to assume by what appears to be a very short beta and rollout cycle that this will not be a big deal license-wise or upgrade pain point-wise; it’s going to feel like just another fall update. So, presumably, any PC hardware that is already running Windows 10 will get it, and it’s just going to work.

This time, take the upgrade and don’t freak out

It’s not the kind of change that will break apps or orphan the majority of PCs, although there is the outside possibility some older systems, such as 32-bit machines, may be left out — and, frankly, those machines are very long in the tooth.

But, the reality is, for 90% of us, if we have a PC that is running Windows 10 today, at some point in the fall, Microsoft is going to offer us an upgrade through Windows Update, and it will be painless just like any other fall update.

And that’s just fine. I’ve had way too much excitement for the last four years. I can live with predictable, boring, and sane gradual changes in my Windows environment. That would be refreshing.