Windows 11: Here’s how to get Microsoft’s free operating system update 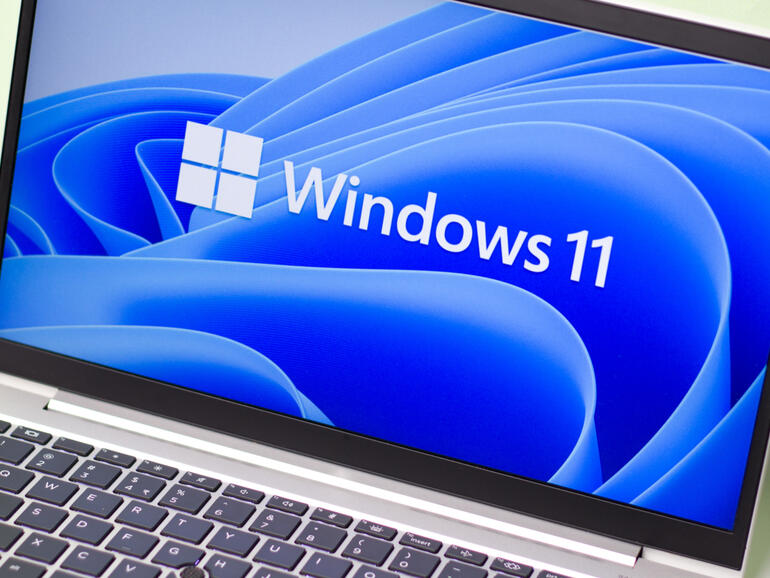 Microsoft plans to release Windows 11 to the general public on October 5, but fans can get at least a taste of it now if they really can’t wait.

Windows 11 is just around the corner and will be available in the northern hemisphere’s fall/autumn season, in line with previous Windows 10 feature updates.

Among other things, the latest iteration of Microsoft’s operating system will bring big changes to the Start menu and taskbar, an extensive reworking of the Settings app, a Widgets pane designed to deliver news and reminders. Ed Bott has the full run down of what you need to know about Windows 11.

If you’re already on Windows 10, Windows 11 will be available for free, but Microsoft is suggesting this is only for a limited time — mirroring the upgrade strategy it used to entice Windows 7 users to make the leap to Windows 10.

“Windows 11 will be available through a free upgrade for eligible Windows 10 PCs and on new PCs beginning this holiday. To check if your current Windows 10 PC is eligible for the free upgrade to Windows 11, visit Windows.com to download the PC Health Check app,” Microsoft has said.

The PC Health Check app will allow you to see whether your current PC meets the requirements to run Windows 11: if it does, you can get a free upgrade at some point after it rolls out.

Now Microsoft hasn’t clarified a precise end-date for the free upgrade offer, but it has outlined new hardware requirements that cover Intel and Arm CPUs, 4GB of memory, and 64GB of storage, plus TPM version 2.0.

As Windows 11 rolls out, it will also be arriving for newly sold PCs that were made before Windows 11 was launched. Microsoft advises consumers to look for branding on PCs that indicate they are eligible for the free Windows upgrade.

“We’re also working with our retail partners to make sure Windows 10 PCs you buy today are ready for the upgrade to Windows 11,” the company said.

When will my PC get Windows 11?

As has been the case with Windows 10, after launch there is likely to be a gradual rollout of Windows 11 to Windows 10 PCs that are capable of running the upgrade.

That could take a number of months: Microsoft said that this process is likely to be “continuing into 2022” and generally it’s the newer PCs that get the upgrade first. When it arrives on your PC will depend on a number of factors.

The company plans to use “intelligence models that consider hardware eligibility, reliability, metrics, age of the device and other factors” to roll it out to additional in-market PCs. It will use Windows Update to notify Windows 10 users when their devices are eligible to move to Windows 11 (and, as Mary-Jo Foley points out if you aren’t interested in going to Windows 11 you can stay on Windows 10, which Microsoft will continue to support through October 14, 2025.

But for those who can’t wait for October 5 general availability — which historically has been made for ‘seekers’ or those who choose to manually update through Settings — there are the preview Windows 11 builds that are rolling out now.

But remember – these are preview versions and not the final version. That means there may be bugs or features that may be missing or don’t work very well. That means you should only run a preview on a test device if you have one, and not use your primary device, in case things go wrong.

How do I get on to a preview Windows 11?

Assuming you still want to test out the Windows 11 previews on a test device, you can join the  Windows Insider Program which Microsoft describes as “a community of millions of Windows’ biggest fans who get to be the first to see what’s next”.

Testers can give feedback on the builds that goes directly to Microsoft’s engineers working on the project.

VPN Unlimited deal: Save 80% on a lifetime subscription for 5 devices

You need a copy of Windows 10 on a PC, and need to be authorized as an administrator. You can then join the Windows Insider Program or sign into your Windows Insider account. To register, you must sign in with your Microsoft account or work account in the Azure Active Directory. Then you can “Start flighting” —Microsoft’s term for running Windows Insider Preview Builds on a device.

People who want to try Microsoft’s latest experiments can hop into the Dev Channel, but this channel includes bleeding edge updates that aren’t necessarily tied to the Windows 11 release scheduled for October. To test what will be available in October, Windows fans can join the Beta Channel, which does include features slated for the Windows 11 release, according to Microsoft. Or, according to Microsoft if you want something “extremely stable”, you can try the latest version of Windows, but with ongoing advanced quality updates and key features in the Release Preview Channel.

Microsoft notes that if you install an Insider Preview build in one channel, and you want to switch to a different channel, you might need to do a clean install of Windows and reset your Windows Insider settings on that device – one indication that running previews is only for test machines and the technically minded.

Why are Taskbar widgets a big deal?

Some of the big new features in Windows 11 include Mac-inspired consumer features, as well as Taskbar widgets, easier virtual desktop switching, pen haptics for sketching, and snapping gestures.

The enhanced widgets are a star player now that Microsoft has decided to cut out Windows 8-era Live Tiles that were its answer to Apple’s iPad design. Also on the trash pile is the Windows 10 Timeline feature. Also gone is the cross-device desktop wallpaper.

Apps that won’t be preinstalled include Windows 3D Viewer, OneNote for Windows 10, Paint 3D, and Skype. However, Windows 11 is gaining a Microsoft Teams chat button that replaces the Skype button.

What are Windows 11 Snap Layouts and Snap Groups?

As ZDNet sister site CNET highlights, Snap Layouts should help multitasking by organizing apps and windows for easier access. People can group apps and websites, and then open the group at from the Taskbar, rather than minimizing and maximizing windows. That’s a trend seen in browsers like Google Chrome with grouped tabs.

Snap Groups are for those who dock a computer to a monitor and struggle with app layout issues after disconnecting: it avoids the need to rearrange opened apps after undocking.