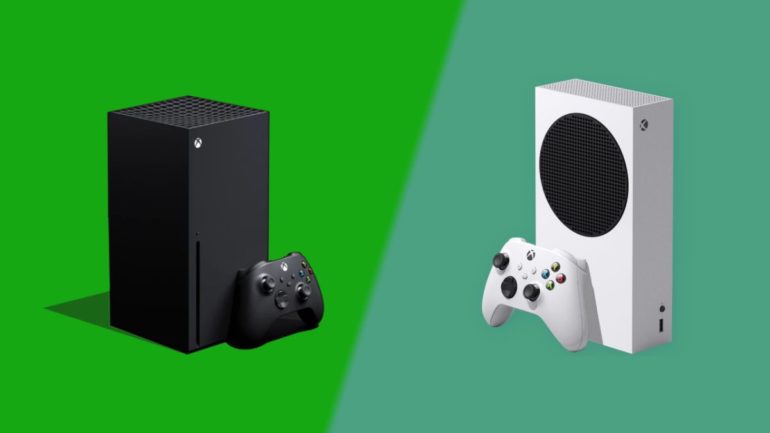 Xbox Series X vs Xbox Series S: which is the right console for you? It’s question that’s likely to crop up more in the coming months and years, particularly as more stock of both systems arrives. But even though the two Xbox consoles have incredibly similar names and identical game libraries, they’re both very different in terms of what they’re capable of.

Choosing which of the two consoles is right for you will probably come down to a few key points. How much are you willing to spend on next-gen hardware? Do you mind if the console renders games in native 4K, or is upscaled 4K good enough? Finally, how much storage space do you need for games?

Because we’ve finally had time to write our Xbox Series X review and Xbox Series S review, we can authoritatively speak to both consoles and help you suss out which of the two make more sense for your setup and your budget.

Otherwise, both will have the same user interface, the same controller and the same Xbox Velocity Architecture that enables features like Quick Resume. Both have the same media apps like Netflix, Amazon Prime Video, Hulu and more, and more importantly, both can play exactly the same games.

More people seem drawn to the power of the Xbox Series X from what we’ve seen so far, but that’s not to discount the advantages of the more affordable model. Both work well and both can serve a different audience.

Let’s break them down even further.

First up is the Xbox Series X, Microsoft’s flagship console that’s capable of 4K graphics and promises to be the most powerful console ever made. On paper the specs are very impressive, and it has a unique, tower-style design that we’ve never seen from a console manufacturer before. It costs a pretty penny, though, at $499 / £449 / AU$749, the same price as the PS5, which releases 2-9 days later depending on where you live.

The Xbox Series S is far more affordable, however, albeit a less powerful alternative for consumers to consider. It’s digital-only, so you’ll be at the mercy of the Microsoft Store for any purchases you make. It released alongside the Xbox Series X.

Microsoft will be hoping to use the appeal of Xbox Game Pass, its Netflix-like subscription service (which now also includes EA Play), and Project xCloud, that lets gamers stream games from the cloud. It looks like it will disrupt the market, with a price point that is aimed at those who are willing to compromise on power for a much better price.

The Xbox Series X costs $499 / £449 / AU$749 and launched on November 10, 2020. The console is packed with cutting-edge technology, and goes head-to-head with the PS5, which also costs $499. The price point may be too expensive for some, but it puts the Xbox Series X in a strong position to compete with Sony’s hardware.

The Xbox Series X is a beast on paper, and paints an exciting picture for the potential of next-gen gaming. Here’s what’s inside the diminutive tower of power:

With a 12 teraflop GPU capable of up to 120 frames per second, the Xbox Series X is twice as powerful as the Xbox One X, Microsoft’s current flagship console. It supports various exciting next-gen features such as ray tracing, variable rate shading and even support for 8K resolution.

The Xbox Series X makes the wait when booting up games or loading new levels a thing of the past thanks to its custom designed super-fast NVMe SSD. The SSD is part of the console’s new Velocity Architecture, which allows multiple games to be suspended in the background while you’re playing something entirely different. Everything is more responsive and snappier as a result, too.

Microsoft also hopes to make latency a thing of the past on Xbox Series X. Forward-thinking features such as Auto Low Latency Mode (ALLM), communication improvements to the Xbox controller, and Variable Refresh Rate (VRR) support will take full advantage of TVs with HDMI 2.1 support.

In comparison, this is what we know about the Xbox Series S specs so far:

The Xbox Series S packs a lot of power for such a small box. The console targets a resolution of 1440p instead of native 4K (some games do support native 4K, though), and is capable of 120fps gaming. It has an almost identical CPU to the Xbox Series X, but the GPU is considerably less powerful, and it comes with 10GB of GDDR6 RAM instead of 16GB.

That might sound like a big compromise on paper, but remember the Xbox Series S is targeting 1440p/60fps instead of 4K/60fps. This means it needs less power to reach its pixel count, but it can still deliver all the next-gen features Microsoft is focusing on like ray tracing and 120fps.

There’s no disk drive, of course, and the storage is almost halved compared to the Xbox Series X. That’s admittedly concerning for a digital-only model, but Microsoft will be hoping people take advantage of Project xCloud which involves no downloads at all as game’s are streamed from Microsoft’s remote data servers.

The storage of both consoles can be expanded, however. Microsoft is selling a 1TB proprietary expansion card that plugs into the back of the console. Xbox One games can also be stored on a standard external hard drive to help free up space.

PS5 restock: Best Buy had a big restock today – where and when to get it next

In Apps and WebCompaniesGaming
on 24 July 20219 min read

So here’s what you need to know: both the Xbox Series X and Xbox Series S are able to play exactly the same games, although they’ll undoubtedly look best on Xbox Series X.

The kind of compromises we expect to see on Xbox Series S will focus on the drop to 1440p resolution from 4K, and maybe some more minor changes that probably won’t be as noticeable. Both consoles are rumored to include the same eight-core 2.3GHz custom AMD CPU.

Here’s a list of games that have been confirmed for Xbox Series X and, by default, Xbox Series S:

Both consoles offer full backwards-compatibility with Xbox One, Xbox 360 and original Xbox games, too. So even if the next-gen games aren’t flowing at launch, you’ll have plenty to play, particularly if you have a large library of titles already. If you own a lot of physical copies, though, be mindful that these won’t work on Xbox Series S due to the lack of disc drive.

Microsoft may be onto something here. By offering two consoles that target different audiences, consumers ultimately have more choice and more ways to enter into the Xbox ecosystem. If only the best will do, pick up an Xbox Series X, but be prepared to pay a premium. Want to enter the next generation without breaking the bank? The Xbox Series S is a fantastic entry point, and one with a seriously tempting price.

Microsoft seems to have created two appealing iterations of its console, without one appearing less attractive than the other. Crucially, it will now be able to fight the PS5 on two fronts: price and performance. The Xbox Series S costs significantly less than the PS5, and while the Xbox Series X may cost the same as the PS5, it’s more powerful… at least, on paper.

By creating an argument for Xbox Series X vs Xbox Series S, Microsoft has essentially done its best to turn consumers’ heads where it might not have done so were it a straight fight between Xbox Series X and PS5. And that’s surely a win for Xbox as a whole.