Yankees vs Indians live stream: how to watch MLB 2021 online 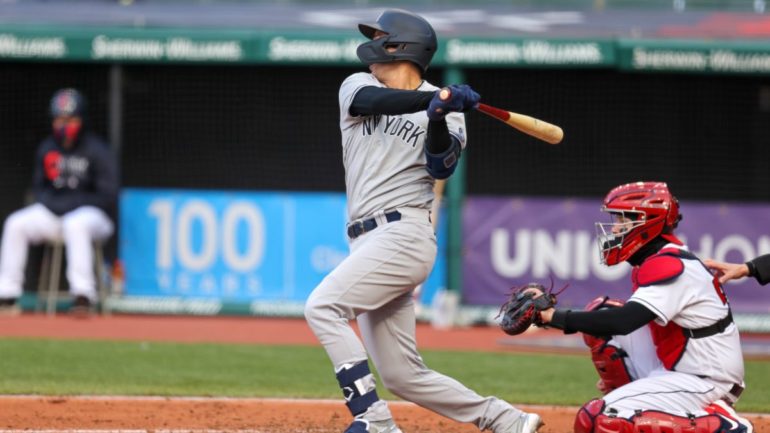 Cleveland is looking to heap yet more misery on the Yankees, who are having a horrific season so far – despite a come-from-behind renaissance yesterday. Having been widely tipped to challenge the Dodgers, the Yanks have instead spent much of the campaign rooted to the bottom of the AL East, with their tally of defeats already in double figures. Read on as we explain how to watch the Yankees vs Indians games online and live stream today’s MLB action on the ESPN Plus streaming service.

US TV coverage: catch it on ESPN Plus

The Bronx Bombers are absolutely not living up to their nickname, with their dreadful overall form largely down to their toothless offense, which has been performing way below the level expected.

Terry Francona’s men, meanwhile, were swept by New York at the Wild Card Series stage of last season’s playoffs, and they’ll certainly have revenge on their minds for this four-game series. Cleveland’s form has, however, been patchy of late, with their four-game hot streak in early April followed by almost perfectly alternating defeats and victories. And the Yanks will be buoyed by their (eventually) convincing win on Thursday.

There’s a lot riding on this one, so whether you’re a Yankees fan in New York, an Indians fan in Cleveland or just an MLB follower wanting to watch the baseball at Progressive Field, we’ll show you how to get a high-quality MLB live stream of the Yankees vs Indians game.

How to live stream Yankees vs Indians in the US today

The great value ESPN Plus streaming service has the rights to one game of MLB baseball per day – and the first game in the Yankees vs Indians series is being shown on the streaming service.

ESPN Plus only costs $5.99 per month and allows you to watch online as well as via its mobile app and TV streamer apps on the likes of Apple TV, Amazon Fire TV, Roku, PS4 and Xbox. You’ll save even more if you pay for a year in advance – that costs $59.99 for 12 months.

But there’s even better value to be had, if you grab ESPN+ as part of the big Disney Plus Bundle. As well as ESPN Plus live coverage and documentary action, you’ll get access to the hugely impressive Disney Plus catalog – which features Marvel movies, every Simpsons episode ever, the complete Star Wars canon, Pixar films, and much more – plus all the great shows and movies that Hulu offers.

And the cost is super reasonable – for all that content, you only have to pay $13.99 a month for the Disney Plus bundle.

Alternatively, if you’re wanting the most MLB coverage possible this season, then MLB.TV shows every single game and costs $129.99.

Yankees vs Indians series in full

How to watch the Yankees vs Indians in Canada

Unfortunately, the Yankees vs Indians series isn’t being televised in Canada, where games are shown by on Sportsnet, TVA Sports, TSN and RDS.

However, there is still a way to watch the entire Yankees vs Indians series, because MLB.TV is also available in Canada, where only Blue Jays games are subject to blackouts.

Indians vs Yankees live stream: watch MLB in the UK

In Apps and WebComputer science
on 3 May 20215 min read

The first game of the Indians vs Yankees series was televised in the UK on BT Sport, but the same can’t be said for game 2 alas.

You can, however, tune in via MLB.TV, which costs $129.99 for access to every single game of the season – including this series. The game starts just after midnight.

BT Sport is showing plenty of Major League Baseball action this season, and don’t forget that it now has a new £25 monthly sports pass, so you can get all that BT Sport goodness without a long-term commitment.

If you find yourself outside the UK and want to watch the baseball like you would at home, don’t worry about geo-blocks on your account – simply grab a VPN and follow the instructions above to live stream the action.

How to get an Indians vs Yankees live stream in Australia

Unfortunately, baseball fans Down Under may be disappointed to hear that there’s no option for watching the Indians vs Yankees series on TV in Australia.

The good news is you can watch every game this season, including the Indians vs Yankees series, via MLB.TV, which costs US$129.99 for the year.