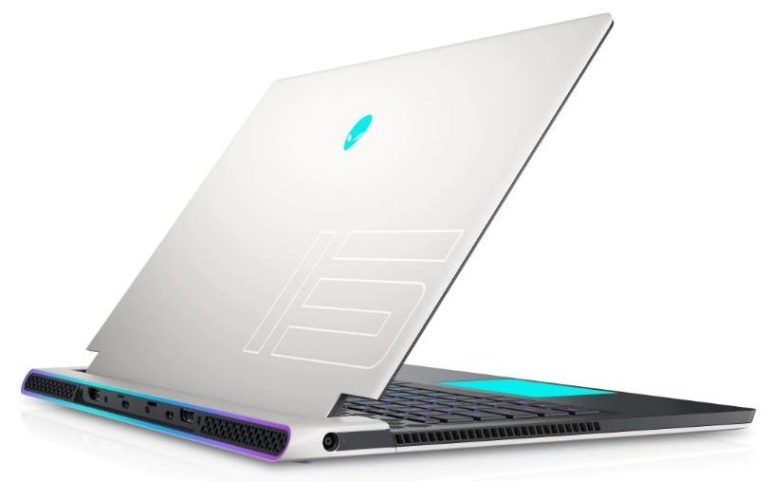 Gaming laptops may seem like overpriced behemoths to non-gamers, but not only have they shed some of the girth they once required, they also continue to push the envelope with new technology that can eventually trickle down to mainstream notebooks. With its new x15 and x17 laptops, Alienware delivers on both these counts, releasing their thinnest gaming laptops while developing new technology to help better dissipate the heat that their powerful components throw off.

The 15.6-inch x15 manages to be just a bit over 0.6 inches thick and ranges in weight from 5 to 5.2 pounds, depending on the configuration (compared to the Alienware m15’s 5.3- to 5.9-pound range). The 17.3-inch x17 is obviously bigger, but still is a shade over 0.8 inches thick and tips the scales at 6.7 to 7.1 pounds. Needless to say these are hardly 3-pound ultraportables, but considering the type of power they have inside them, they are far more portable than their gaming ancestors.

The x15 and x17 can be equipped with the latest Intel Core i9 Tiger Lake-H processors and Nvidia’s GeForce RTX 3080 mobile graphics, whereas its m15 notebook tops out at Core i7 Tiger Lake CPUs and GeForce RTX 3060 graphics. You’ll pay a healthy premium for the highest specs, but you can also configure them with the Core i7-11800H CPU and either the GeForce RTX 3060 or 3070 GPU. Memory options are 16GB or 32GB of RAM for the x15 or 16GB, 32GB, or a whopping 64GB for the x17, with storage options ranging from 256GB to 2TB single drives, 512GB, 2TB, or 4TB dual-drive RAID configurations, or even a 512GB boot SSD with an additional 1TB drive for storage.

In order to handle the massive heat that’s a byproduct of the power consumed by the most advanced mobile components, Alienware has been developing new thermal solutions under its Cryo-Tech brand. New to the X-Series is Element 31, which Alienware describes as an “Encapsulated Gallium-Silicone liquid metal compound” that improves thermal resistance by 25 percent. It joins a quad-fan setup controlled via AI and hyper-efficient voltage regulation to attempt to keep things cool so system performance and gameplay aren’t negatively impacted.

Alienware has a two-step rollout of the x15 and x17, with a special configuration available exclusively until June 15, after which the full range of configuration options will become available. In comparison to the base pricing of $2,000 for the x15 and $2,100 for the x17, the currently available models are far more expensive at $3,400 and $3,880, respectively. At those prices, you get a laptop with the Core i9-11900H processor, GeForce RTX 3080 graphics, 32GB of RAM, 2TB of storage, and 2,560×1,440 display option.