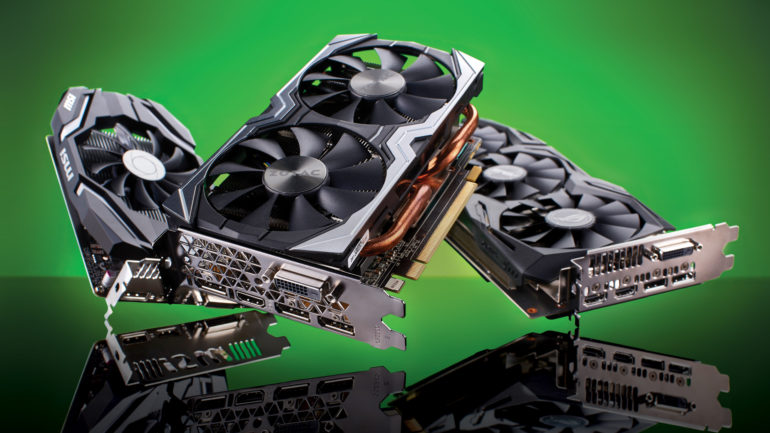 The best graphics cards guarantee that you’ll get the most out of your PC. Whether you’re a hardcore gamer playing the best PC games or a video editor with a number of 4K projects on the horizon, you need one of them under the hood of your PC. The GPU, after all, is the heart and soul of your desktop or gaming PC.

Don’t think that you need to shell out the big bucks and get the Nvidia GeForce RTX 3090, however. That GPU costs more than what many of us pay for rent, and it’s not worth the investment for most people. With Nvidia and AMD still battling over GPU supremacy, graphics cards have become increasingly more powerful while getting cheaper – giving us mere mortals a host of excellent options to choose from.

In fact, from Nvidia’s incredible RTX 3080 and the rest of the RTX 3000 line to the Big Nav and best AMD GPUs, there are quite a few choices. And soon, Intel Xe will enter the fray as well.

We’ve gathered all the best graphics cards available to help you find the best one for you. If you’re hoping to experience Microsoft Flight Simulator or Horizon Zero Dawn in stunning 4K resolution, or have large projects in Premiere Pro ready to go, one of these GPUs will more than deliver.

Best graphics cards at a glance

Is AMD no longer the king of great value GPUs? The Nvidia GeForce RTX 3060 Ti certainly threatens that claim with its price to performance ratio. The newest arrival in the RTX 3000 line, this graphics card punches way above its weight class, delivering a performance that could rival that of the RTX 2080 Super while keeping its price tag incredibly affordable for most people. And, that’s with impressive ray tracing included. 1080p gaming has never been this good and this affordable.

With the Nvidia GeForce RTX 3080, 4K gaming just became a lot more accessible. Before, you had to shell out more than $1,000/£1,000 to get playable framerates with the RTX 2080 Ti. However, with the next generation of Nvidia graphics cards, the price of 4K gaming has been cut nearly in half, thanks to the RTX 3080. It boasts one of the largest generational leaps in GPU history, delivering a 50-80% performance boost over the RTX 2080 and a 20-30% boost over the RTX 2080 Ti, all while keeping the same price point as the RTX 2080. This is both an absolute powerhouse of a graphics card and a great value, if you have a bit of extra cash lying around.

Up to 8k performance

You can’t beat the Nvidia GeForce RTX 3090 when it comes to performance. With a whopping 24GB of RAM, no game or, more importantly, heavy graphics project will suffer performance issues. In fact, you can even get some 8K performance at 60 fps out of the 3090. It is an incredibly expensive unit, and quite large too, so it will probably be too much GPU for most users. The Nvidia GeForce RTX 3090 is, in essence, a replacement for the Titan so it’s meant more for the creative user tackling intensive 3D and video rendering than for the avid gamer. Even so, it comes with a massive reduction in price compared to the Titan, even if it’s still out of most people’s budget.

Only 6GB of VRAM

If you’re looking for the best graphics card out there for 1080p gaming, you might want to look into what the AMD Radeon RX 5600 XT has to offer. This AMD card beats the Nvidia GeForce RTX 2060 with its more affordable price tag, delivering high frame rates and plenty of software features while requiring less power. Sure, it doesn’t have the competition’s ray tracing and deep learning supersampling (DLSS), but for raw performance and value, AMD’s contender comes out the winner.

One of the best graphics cards of all time

The best graphics card on the market for most people, the Nvidia GeForce RTX 3070 delivers excellent performance – on par with the RTX 2080 Ti even – without costing an arm and a leg. Before this card, 4K gaming was out of a lot of people’s budget. The RTX 3070, therefore, brings it to the mainstream for the first time, and that’s without you having to compromise on settings for most games. And did we mention the fact that this GPU is incredibly cheap? A cheap price tag plus 4K gaming on quality settings equals great value, and that’s why the RTX 3070 tops our list.

The best graphics card for most people

This absolute behemoth of a graphics card is still basically brand new, and it’s already topping our list of the best graphics cards, booting former reigning champion and its direct rival, the Nvidia GeForce RTX 2060, off the top spot. At $349, this powerful mid-range card brings 1440p gaming at Ultra or Max settings to the masses, making it affordable and accessible to everyone. At that price point, it doesn’t need to be perfect – those looking for ray tracing will have to wait. But, for what it offers and how much it costs, it’s well-deserving of its title as the best graphics card of 2020 for most people.

Google gets into sleep surveillance with new Nest Hub screen

If you need the best graphics card, and you don’t want to settle, the Nvidia GeForce RTX 2080 Ti may be one of the best graphics cards for you. This is the most formidable graphics card you can buy without jumping for a professional graphics solution. And, now that games like Battlefield V, Metro Exodus and Shadow of the Tomb Raider actually implement the RTX features, there’s never been a better time to jump on the ray tracing bandwagon. Just prepare yourself for that sky-high price.

Just because you’re putting together a microATX or mini-ITX gaming PC doesn’t mean you have to have a lightweight GPU. Zotac has made sure of that, allowing you access to Ray Tracing at a reasonably low price with their mini edition of the Nvidia GeForce RTX 2060 Super. Since it is a smaller card, you will miss some features like SLI support, RGB lighting, and VirtualLink for VR. However, if you just want to get some excellent performance in a stripped-down GPU, then the Zotac GeForce RTX 2060 Super Mini more than fits the bill.

With all those fancy (read: expensive) graphics cards cornering the market, the budget-friendlier ones sometimes fly under the radar. That’s unfortunate, particularly since cards like the Nvidia GeForce GTX 1660 deserve a spot in the limelight for delivering excellent 1080p performance at a very affordable price. With the Gigabyte GeForce GTX 1660 OC 6G, you’re also getting a healthy factory overclock and all the outputs you’ll ever need, so you can play all your favorite games with several monitors attached. We’d call that a bargain, maybe even the best we’ve ever had, and it certainly warrants a spot in our best graphics cards list.

When Nvidia first revealed its Turing lineup, it was hard to find a model that didn’t cost an arm and a leg. Nonetheless, with the launch of the Nvidia GeForce GTX 1660 Ti – especially the PNY XLR8 Gaming OC model – next-generation performance became accessible to everyone. You won’t have access to 4K 60 fps gaming with this card, but it’s one of the best graphics cards for anyone still using a 1080p display, and it can handle most esports games well above 60fps. At that resolution, you’ll have trouble running into any title that it can’t handle.

Michelle Rae Uy has also contributed to this article.