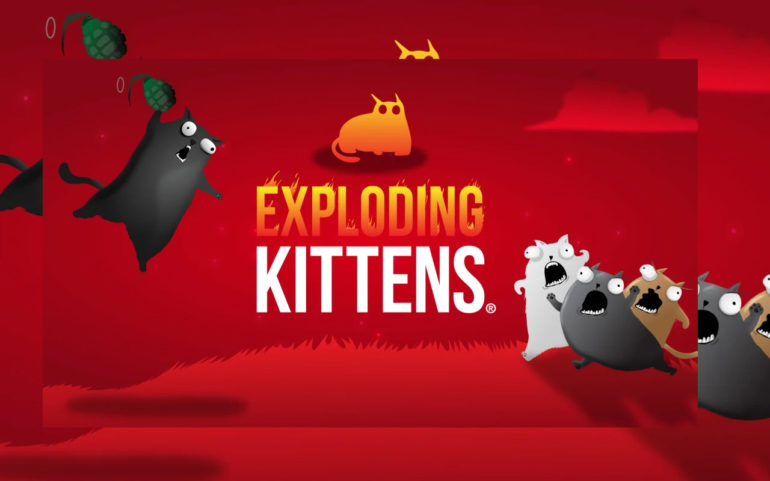 Exploding Kittens is one of the quirkiest card games currently available and now Nintendo Switch users can get their hands on it via their consoles. Cats in real life can be a tad moody and dangerous when so, as pet owners would know.

Cats are prone to absurdly random fits of excitement and energy, often occurring at 4am as you’re trying to sleep. But in the game Exploding Kittens, they can also explode and the aim of the player is to trick another player into drawing an exploding kitten so that they lose.

As for the game on Nintendo Switch, it has been described as, “Play your cards to try to avoid, move, or defuse the Exploding Kitten. If you don’t explode, you win! Congratulations, you are full of greatness. Play with friends in the same room or online, or play with strangers in online play. Not into other people? Play single player against kitty-bot opponents!”

“This version of the game includes the Streaking Kittens, Party Pack, and Betrayal Pack expansions, exclusive cards, and hilarious illustrations by The Oatmeal.” Says the Nintendo Switch listing, “With millions of games sold and downloaded, Exploding Kittens is the perfect card game for players of all ages who are into kittens and explosions and laser beams and sometimes goats.”

Individual dietary choices can add – or take away – minutes, hours and years of life

The game has a file size of 268 MB and went live on April 8 and up to 8 players can participate in the game at a time. The game has been priced at $9.99 on Nintendo Switch and is apparently “the most-backed game in Kickstarter history”.

Exploding Kittens has in fact made it to a couple of our own lists of some of the most interesting card games that can be played.