MIT Scientists Are Building Devices to Hack Your Dreams 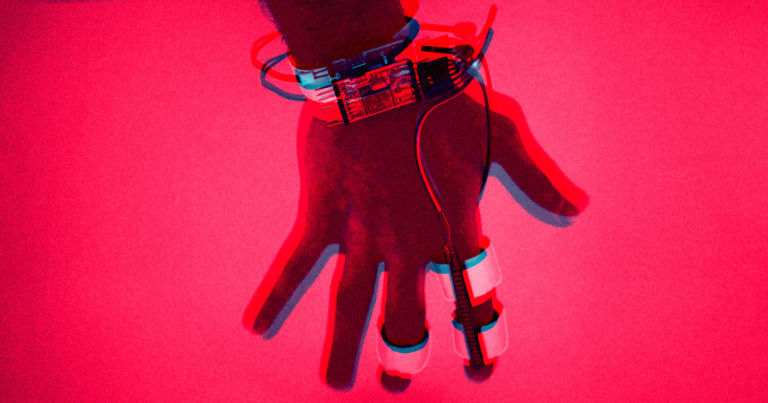 A team of researchers at MIT’s Dream Lab, which launched in 2017, are working on an open source wearable device that can track and interact with dreams in a number of ways — including, hopefully, giving you new control over the content of your dreams.

The team’s radical goal is to prove once and for all that dreams aren’t just meaningless gibberish — but can be “hacked, augmented, and swayed” to our benefit, according to OneZero.

Think “Inception,” in other words, but with a Nintendo Power Glove.

“People don’t know that a third of their life is a third where they could change or structure or better themselves,” Adam Horowitz, PhD student at MIT Media Lab’s Fluid Interfaces Group and a Dream Lab researcher, told OneZero.

A glove-like device called Dormio, developed by the Dream Lab team, is outfitted with a host of sensors that can detect which sleeping state the wearer is in. When the wearer slips into a state between conscious and subconscious, hypnagogia, the glove plays a pre-recorded audio cue, most of the times consisting of a single word.

In CompaniesSmartphones
on 23 October 20202 min read

“Hypnagogic imagery or hallucinations is a normal state of consciousness in the transition from wakefulness to sleep,” Valdas Noreika, a psychologist at Cambridge who is not involved in the research told VICE back in 2018.

Hypnagogia may be different for different people. Some say they’ve woken up from…