Move over Intel, the new Razer Blade 14 is finally powered by AMD Ryzen 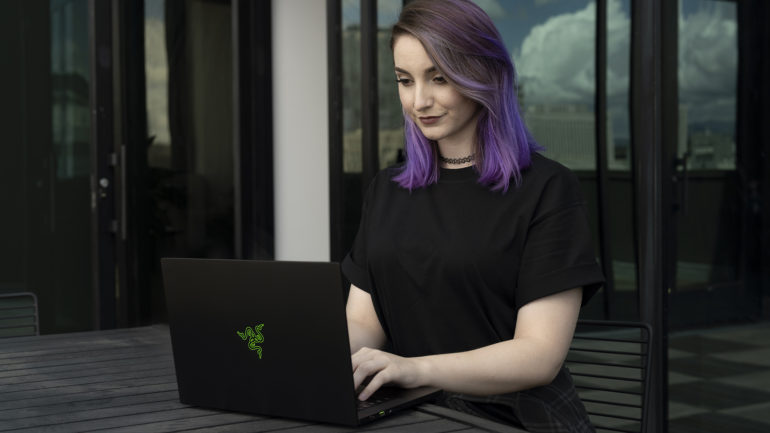 For the last few years, as AMD gains ground in both popularity and performance, we were wondering when its processors would make their way into the most premium gaming laptops, and at E3 2021, that’s exactly what happened with the Razer Blade 14.

There have been plenty of 14-inch gaming laptops recently, especially with the launch of the new Intel Tiger Lake-H35 processors. But the Razer Blade 14 is so cool because it uses this tiny form factor to deliver top-shelf PC gaming performance, thanks to some creative cooling from Razer.

If that’s a price you’re willing to pay for gaming on the go, you’ll be able to order it now through Razer’s website.

Back at CES 2021, Intel made a big deal about a new class of gaming laptops emerging, what it called “Thin Enthusiast”. Basically, thin and light gaming laptops that don’t skimp on the performance. And, now it looks like that’s not going to be exclusive to Intel.

Especially as travel begins to be a thing again, laptops like the Razer Blade 14 should allow folks to have a great gaming laptop that won’t weigh them down.

In Apps and WebCompaniesGamingSmartphones
on 25 July 20211 min read

It’s not just for the best PC games, either – we’re sure creative professionals will love this form factor. With an 8-core AMD Ryzen 9 processor and an Nvidia GeForce RTX 3080, video editing, rendering and more will be super portable.

The only thing that could hold this back may be battery life. Razer is claiming the Blade 14 can last up to 12 hours on a single charge, which would be impressive if true. But with all the high-end hardware packed inside, we’d imagine it’s hard to fit a huge battery in as well. We’ll see just how much stamina this laptop has when we get it in for a full review.

But if this kind of thin and light gaming laptop can deliver excellent performance and battery life, it’ll definitely be an exciting piece of kit.