NFL Pro Bowl 2021 will be virtual, players to compete in Madden 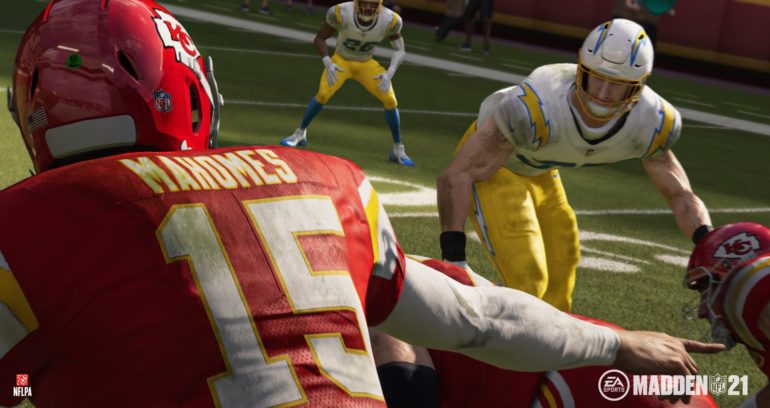 It was supposed to be a star-studded event in Las Vegas. Instead, the 2021 Pro Bowl will take place virtually, with players going head-to-head in Electronic Arts’ Madden NFL ’21 video game, the league announced on Tuesday.

In a sign of the times, EA Sports and the National Football League have teamed up to create a week-long series of virtual match-ups that will include celebrities, football legends and current players, leading up to the main event — a game of Madden between the league’s best players. The exact date of the game is still being determined.

“We’re excited to bring this to life virtually and be the first to do so,” Peter O’Reilly, executive vice president of club business and league events at the NFL, told CNBC. “It’s an opportunity to connect with young fans in a way that’s really accessible.”

The Pro Bowl typically pits the best players from the NFL’s two conferences — the American Football Conference and National Football Conference — against each other in a game that takes place the week before the Super Bowl. But last month, the NFL announced it would cancel the 2021 Pro Bowl game because of the Covid-19 pandemic. The game, which typically draws about 8.5 million viewers, was to be played in Las Vegas at Allegiant Stadium on Jan. 31.

Instead, the group of elite players will be pounding on their game consoles and yelling trash talk as they go head-to-head in the Madden game. The league says the format of AFC versus NFC will remain the same.

“You can imagine Patrick Mahomes playing as himself as an AFC quarterback against Aaron Donald on the NFC side. So bring those type players to the game and allow celebrities and others to be part of that virtual game and obviously allow fans to see that and be part of it,” said O’Reilly.

The NFL is working out the details of the broadcast arrangement with Disney-owned ABC and ESPN, but the event will be broadcast across all major social media channels.

“We’re not going to put all of this focus and energy into doing this in a big way without ensuring that it has real distribution across prominent streaming platforms, and our hope is that there’ll be some meaningful integration in with ESPN and ABC,” said O’Reilly.

O’Reilly said that EA Sports was the most natural fit to pull off this virtual event, as it reaches the key demographic the NFL is targeting — millennials. For EA Sports, this is an opportunity to evolve Madden from being a video game to being a more interactive way to consume sports.

“As sports continues to change, we’re in the game with partners like the NFL to figure out what the next generation of fans is going to want in interactive sporting experiences and entertainment. This is just tailor-made for that,” said Chris Bruzzo, executive vice president of marketing, commercial and positive play at EA Sports.

Bruzzo said the experience will look similar to the real-world Pro Bowl game, with a virtual version of Allegiant Stadium and prominent placement for sponsors such as Verizon. (Allegiant Stadium will host the 2022 Pro Bowl as a makeup for missing out on this year’s Pro Bowl.)

The voting process will be the same as previous Pro Bowls. Beginning on Tuesday, fans can vote for the players they think are worthy of Pro Bowl honors through NFL.com, their Madden consoles and on Twitter. NFL players and coaches will cast their votes on Dec. 18.  Pro Bowl selection is determined by the consensus votes of fans, players and coaches.

Selected players will still get an incentive bonus based on their contracts, as well as a gift package including a custom personalized Pro Bowl jersey.

The pandemic has created an unexpected boost for the video game industry. As people are stuck at home, they are turning to video games to beat the cabin fever. Overall consumer spending on video gaming in the U.S. reached $11.2 billion in the third quarter of 2020, up 24% compared with the same period last year, according to NPD Group.

EA says that between April and August 20 million players joined its network.

“Madden had its single highest year in terms of number of players playing in this last year,” said Bruzzo. “We’re seeing people playing on weekdays and midday and all throughout the week, as opposed to usually the heavy spikes we would get on weekends,” he added.

EA’s Madden NFL 21 was among the best-performing titles of the quarter, ranking second in NPD’s Top 20 games for October 2020. The only title ahead of it was FIFA 21, also an Electronic Arts title.

Clarification: The NFL says the collective bargaining agreement between the league and players does not outline any compensation or incentive for playing in the Pro Bowl, contrary to what was implied in an earlier interview for this story.