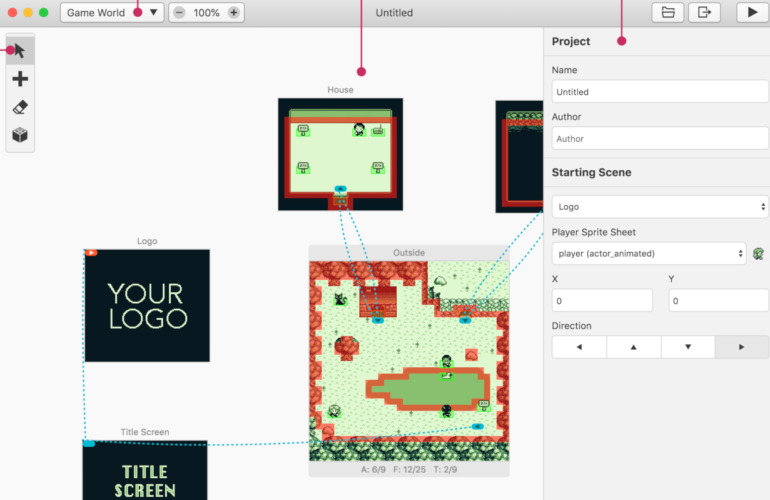 It takes a lot of work to build a modern video game. Typically an entire company will spend months (at least) developing the gameplay, selecting or programming an engine, and working out the bugs. This amount of effort isn’t strictly necessary for older video game systems though, and homebrew developers are quite often able to develop entire games singlehandedly for classic systems. In the past it would have taken some special software, programming knowledge, and possibly hardware, but now anyone can build games for the original Game Boy with minimal barriers of entry.

The project is known as GB Studio and allows people to develop homebrew games for the 8-bit handheld system without programming knowledge. Once built, the games can be played on any emulator or even loaded onto a cartridge and played on original hardware if a flash cart is available. Graphics can be created with anything that can create a .png image, and there are also some features that allow the game to be played over a web browser or on a mobile device.

While it seems like the gameplay is limited to RPG-style games, this is still an impressive feat, and highly useful for anyone curious about game development. It could also be an entry into more involved game programming if it makes the code of the games available to the user. It could even lead to things like emulating entire cartridges on the original hardware.

In Apps and WebCompaniesComputer science
on 9 August 20218 min read