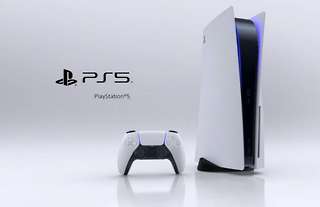 Sony has announced that the PlayStation 5 will cost $499.99 when it launches on November 12th, alongside the $399.99 Digital Edition. Preorders will begin on September 17th at “select retailers.”

The pricing puts Sony squarely up against Microsoft’s next-gen consoles, with the company set to release its entry-level Xbox Series S at $299 and its flagship Xbox Series X for $499 on November 10th.

That November 12th release date will apply to the US, Japan, Mexico, Australia, New Zealand, and South Korea, with the rest of the world getting the new console on November 19th. Sony also notes that it has yet to finalize a release date for China, which it’ll announce at a later time.

For comparison, the PlayStation 4 cost $399 at launch, although it currently sells for $299, while the PlayStation 4 Pro originally sold for $399, a price it still sells at today outside of major sales like Black Friday. It’s unclear if Sony is planning to drop prices or discontinue the older models once the PlayStation 5 is out later this year.

Sony sets up a next-gen pricing showdown with Microsoft

It’s also worth noting that the PlayStation 5 will include backwards compatibility for an “overwhelming majority” of the existing PlayStation 4 lineup, although details are still slim. That expanded library might help make it more attractive to potential PlayStation buyers over the older consoles this holiday season.

Additionally, that starting price, while certainly expensive, wouldn’t make it Sony’s most expensive console sold. That honor still goes to the PlayStation 3, which cost $499 for the 20GB model or $599 for 60GB, which, almost a decade and a half later, still leaves it as one of the most expensive consoles ever announced.