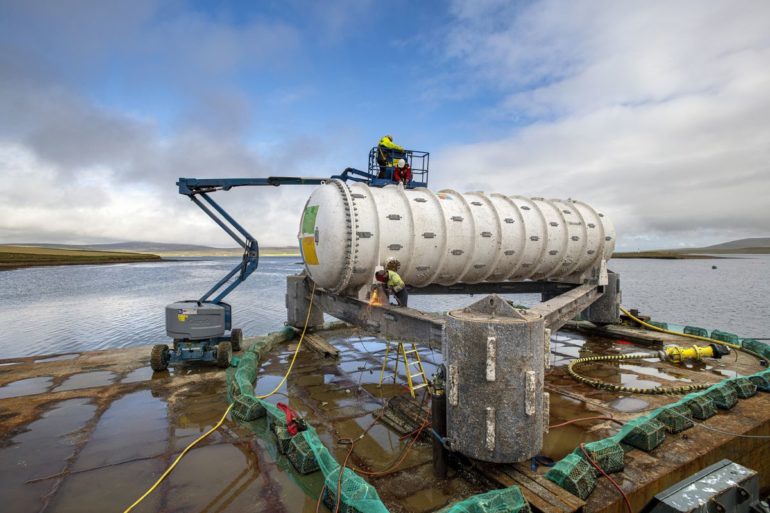 Back in 2018, Microsoft sunk an entire data center to the bottom of the Scottish sea, plunging 864 servers and 27.6 petabytes of storage 117 feet deep in the ocean. Today, the company has reported that its latest experiment was a success, revealing findings that show that the idea of an underwater data center is actually a pretty good one.

On the surface, throwing an entire data center to the bottom of the ocean may seem strange, but Microsoft’s Project Natick team hypothesized that placing would result in more reliable and energy-efficient data centers.

On land, data centers run into issues like corrosion from oxygen and humidity and controlling shifts in temperatures. But in a water-tight environment with tight temperature control, far fewer issues crop up. The idea is that these kinds of servers can be easily deployed in sizes big and small near the coasts of areas that need them, giving better local access to cloud-based resources in more places.

The benefits are big. Microsoft says the underwater data center had just one-eighth the failure rate of a land-based data center, a dramatic improvement. That lower failure rate is important, given that it’s much harder to service a busted server when it’s in an airtight container at the bottom of the ocean.

The company’s been exploring the idea of submerged servers for some time already; back in 2015, it dunked a data center off the coast of California for several months as a proof of concept to see if the computers would even survive the trip. This round of trials was for a far longer amount of time, though, with the aim of proving that the company could accomplish this task on a practical scale that could be manufactured and produced for real-world use.

Lenovo’s black, spherical webcam will appeal to all you Star Wars fans

Next up for Microsoft’s Project Natick team: showing that the servers can be easily removed and recycled once they reach the end of their life.