Ratchet and Clank: Rift Apart trailer shows off what the PS5 can do 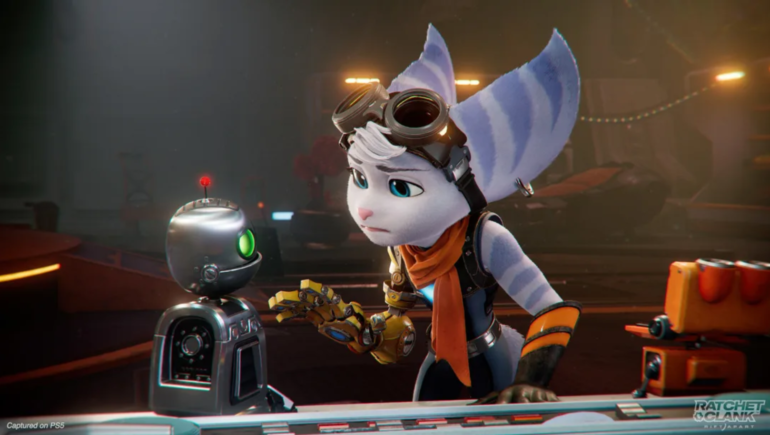 Insomniac Games’ upcoming PS5 exclusive Ratchet and Clank: Rift Apart is getting closer. As the release date of June 11, 2021 draws near, Sony has revealed a new trailer today showcasing the mysterious female Lombax – and we now know her name is Rivet.

Unlike many other titles right now, Ratchet and Clank: Rift Apart isn’t a cross-generation game. It’s a true PS5 exclusive, tapping into the ultra-fast SSD to transport players across dimensions and through alternate realities on a whim.

The new footage highlights several new environments like Nefarious City, while the trailer is accompanied by music from the band DEVO. You can watch the full trailer below in all its glory.

Players can also choose between two different modes of play: one that focuses on the graphical quality and another that targets 60 frames per second for a smoother experience. The game also uses the DualSense controller haptic feedback and adaptive triggers to provide new gameplay mechanics, such as pulling a trigger halfway to fire one barrel of a gun, or emptying both by pulling it all the way.

Here’s why the iPhone 13 will quickly look dated next year, says top analyst

In Apps and WebCompaniesSmartphones
on 1 March 20212 min read

Learn more at State of Play

If you want even more of Ratchet, Clank and Rivet, you’ll be happy to learn that there’s going to be a PlayStation State of Play presentation on Thursday, April 29 at 2:00pm PT / 5:00pm ET / 10:00pm BST. This presentation will be held on both the PlayStation Twitch channel and the PlayStation YouTube channel.

Ratchet and Clank: Rift Apart is currently set to launch on June 11, 2021. According to Sony Interactive Entertainment CEO Jim Ryan, this is just the start, as he’s promised that the PS5 will have more exclusive games than the PS4 did in its lifetime.