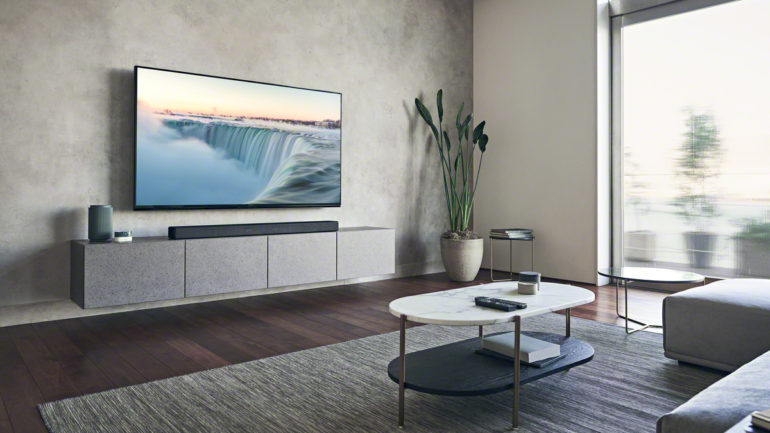 Earlier this week, Sony dropped the news that it will replace its longstanding HT-ST5000 Soundbar with a new model – the Sony HT-A7000.

It’s a fantastic list – and one, you might argue – that makes it the perfect soundbar for Xbox Series X. That’s because Microsoft’s console is the only one out there right now that supports Dolby Vision HDR and Dolby Atmos.

Missing from the list of supported features? The PS5’s own proprietary spatial audio format, Tempest Audio, that has yet to appear in any audio gear outside of the Sony Pulse PS5 headset. You can probably see where this is going…

Where is Tempest Audio support?

In an interview with TechRadar, Sony said that it designed the soundbar with the PS5 in mind – the 4K/120Hz passthrough is also great for its console and it can even tune itself based on your room’s acoustics.

But the question of where Tempest Audio support came up in the interview. Sony’s response? No comment, at least for right now.

It’s important to remember here that Sony is a huge brand with multiple divisions, one being Sony Electronics, the company that puts out headphones and TVs, and another being Sony Interactive Entertainment that works on the PS5 and publishes video games.

When Sony first talked about Tempest Audio, it said that it would work on all audio systems, from your TV’s built-in speakers to headphones, from soundbars to stereo systems – but said that functionality wouldn’t come until after launch last year.

So far, we’ve only seen one product with proper Tempest Audio support – and that’s the PS5 Pulse 3D that has been “optimized” for 3D audio. No other product has been given that certification yet, but one would hope that it will come to Sony soundbars – some of the best soundbars on the market – before it goes elsewhere.

If there’s a bright side to Sony’s inadvertent Xbox-friendly accessory, it’s that Sony Electronics wouldn’t even care that you’re using its soundbars with Xbox.

This happens all the time in the home entertainment world where you buy a TV from Samsung or LG, pair it with a soundbar from Sony or Sonos, and connect it to a Nintendo Switch, Xbox One or a PS4. Basically, we all have mix-matched systems and that works out well for everyone involved.

As long as the whole system works, everyone’s happy and there’s no need to have brand loyalty to one manufacturer. Now, that doesn’t give Sony a pass on making a Tempest Audio-compatible soundbar – because that for sure needs to be on its roadmap – but until then, we’re happy we can pair the A7000 with our Xbox Series X for its maximum potential.