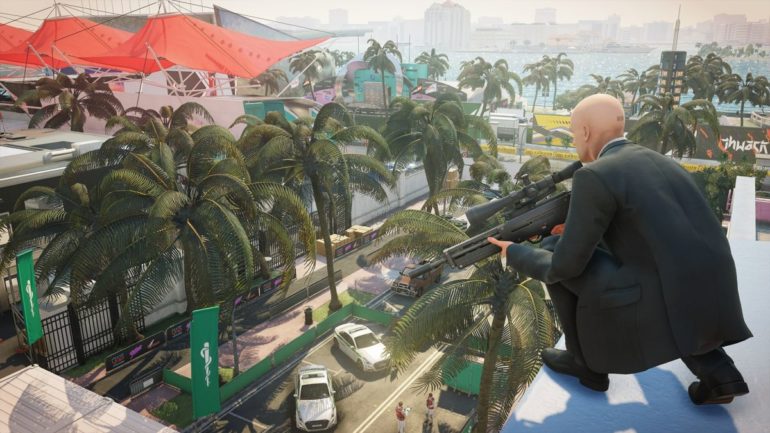 It looks as if the PS Plus games for September 2021 might have leaked ahead of the full announcement, and now we can’t wait for tomorrow to come any quicker. If the leak is to be believed, subscribers will be able to add three new free games to their library: Overcooked! All You Can Eat, Hitman 2, and Predator: Hunting Grounds.

According to a post on Dealabs, Overcooked! All You Can Eat will be September’s PS5 game, while Hitman 2 and Predator: Hunting Grounds will be available to PS4 owners (with PS5 players able to play them on their console thanks to backward compatibility). We should take all rumors with a pinch of salt, of course, but the user who shared the leaks is verified on Dealabs, indicating that their information might be worth listening to.

Every month PS Plus subscribers are able to add free games to their PlayStation library, with those games theirs to keep forever even after the month has ended. However, you will lose access should your subscription expire. Subscriptions start at $9.99 / £6.99 / AU$11.95 per month.

If you want to know more about the games rumored to be headed to PS Plus in September 2021, read on for our breakdown of each one.

Overcooked! All You Can Eat (PS5)

If you love teaming up with your family or housemates for wild couch co-op games then you won’t be disappointed by Overcooked! All you can eat on PS5. This game is a 4K/60FPS remaster of the first two games, combining every level from the main stories, DLCs, and seven new bonus levels into one package.

If you’ve never played Overcooked before, the games revolve around you frantically preparing food and fulfilling orders before you run out of time. By working as a team and completing more food requests within the limit you can unlock stars that grant you prizes such as access to later levels.

As the game progresses, levels will introduce new mechanics to test your teamwork skills, including new foods to prepare and kitchens that can seemingly change shape at random.

The Hitman trilogy represents some of the best games from the last few years. Hitman 2 gives you the perfect excuse to live out your own superspy fantasies, transporting you to a vast array of levels from a Miami car race track to a remote village in the Colombian rainforest.

In each mission, you’ll be faced with the task of taking out multiple targets, and there’s no one way to go about achieving success. You could opt for a traditional sniper shot from the distance, could get close and personal with piano wire, or you could choose one of many unique options hidden in each level for you to discover (such as feeding a target to a pet hippo).

While playing the first Hitman game won’t be necessary (as Hitman 2 will quickly recap the story so far) you can purchase DLC to add Hitman’s levels and tools into Hitman 2. If you’ve previously played Hitman (2016) on the same console you’ll be able to transfer your progress too, giving you access to all the cool devices you’ve unlocked already.

The same is true of Hitman 3, so if you enjoy your time with Hitman 2 you can again transfer your progress into the new game to seamlessly continue your adventure.

Fans of the 1987 classic film Predator might find a lot to love with this last game on the list, Predator: Hunting Grounds. Five players will be divided amongst two teams, a group of four who will play as a human fireteam trying to complete a mission and one Predator.

Unfortunately Predator: Hunting Grounds falls into the trap of many asymmetrical shooters, leading to rounds that will feel incredibly weighted in favor of the four-person team – especially if you’re veteran shooter players. However, if you and some buddies are looking for a new online game to try out, this could be one to try out in September if it’s free on PS Plus.