The KFConsole is real, and it boasts one big advantage over the PS5 and Xbox Series X 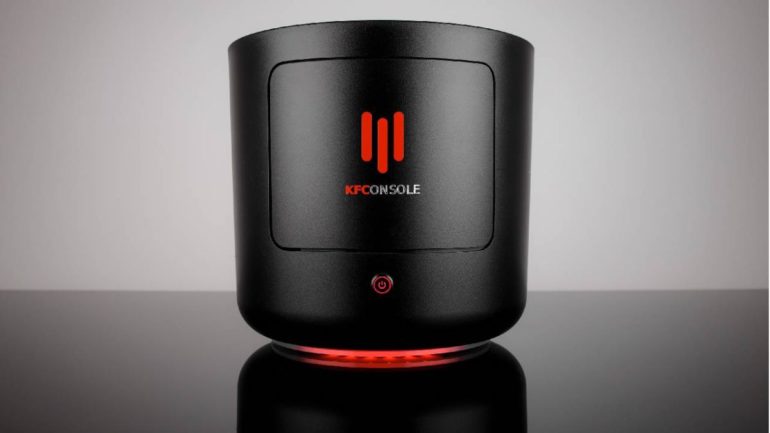 Approved by Colonel Sanders himself, the KFConsole is here – and it finally solves a problem that literally no one cared about until now: how to keep your chicken warm while gaming.

The KFConsole, created in partnership with PC hardware manufacturer Cooler Master, promises to shake up the console war like a bag full of 11 herbs and spices with its built-in chicken chamber – a world’s first. It means the days of stomaching lukewarm poultry or suffering through a slightly cold piece of thigh are thankfully over. And it’s about time.

The KFC console was first teased back in June, and caused more commotion on social media than a fox entering a chicken coop. Demand, strangely, was high for a console from the long-running fast food chain, and well… here it is.

The KFConsole is designed to keep your freshly purchased food piping as you frag foes online, something which the PS5 and Xbox Series X simply can’t do (and we wouldn’t advise trying, either). The custom built cooling system extracts system heat around the outside of the chicken chamber, so the hardware stays suitably cool and your chicken stays warm.

The Bargain-Bucket shaped machine is also capable of chewing through the latest games, too. While the specs are still firmly under wraps, the console promises to have a top-end Intel CPU inside, an ASUS hot swappable mini-GPU, and an NVMe 1TB SSD from Seagate.

It means that the KFC console can run Crysis and even Cyberpunk 2077 (bugs and all), as well as I Love You Colonel Sanders! A Finger Lickin’ Good Dating Simulator at an impressive 4K, 240fps.

The KFC console is a weird feat of human engineering, then, and exactly the kind of silly nonsense we need during this trying year. It reminds us of how Microsoft brought the Xbox Series X fridge meme to life (and how we can’t help but want a mini fridge version).

Honestly, the KFConsole wouldn’t look out of place next to Sony and Microsoft’s next-gen systems – though the faint smell of chicken would certainly raise a few eyebrows.

Suspiciously, the console doesn’t have a release date, price or any nailed on technical specifications to share yet, although it does have a website. Nevertheless, we’re crossing our fingers that the Colonel delivers a consumer-ready product in the near future, as we’re unsure whether a heated chicken chamber would pass health and safety regulations.

In Apps and WebCompaniesGaming
on 3 July 20217 min read

While we’ll have to wait and see whether the KFConsole actually makes it to market, if you’re still searching where to buy PS5 or where to buy Xbox Series X, we’re checking all the retailers for any new stock updates to help you secure the elusive systems as they continue to remain sold out, with stock flashing in and out.

Where to buy PS5 US: quick links

Visiting outside the US and UK? Check out all the best PS5 deals in your area below.

Where to buy Xbox Series X US: quick links

Visiting outside the US and UK? Check out all the best Xbox Series X deals in your area below.