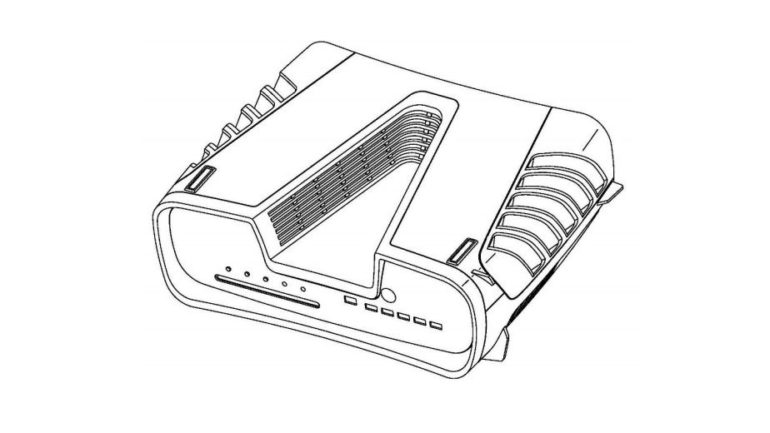 The PS5 is still over a year away from release, but as we hear more about the Sony console’s features, specifications, and PS5 games, it’s hard not to get excited even this long in advance. And that was before this patent came our way, showing a Sony-registered device that is very possibly the PlayStation 5 itself.

The patent in question was registered as a Sony electronic device on August 13, after applying for the patent back in May of this year – showing a console-shaped device that seems highly unlikely to be anything but the PS5. The patent page we have is through LetsGoDigital, and we haven’t found the WIPO listing itself, but we think this is on pretty good authority.

The patent is registered through the WIPO (World Intellectual Property Office), with Sony technical director Yusuhiro Ootori also being listed on the patent as its designer too.

Sony PS5 patent: what does this mean?

What’s most fascinating about the PS5 patent is its V-shaped design, possible in reference the Roman numeral V (meaning ‘5’). On the diagram you can see a number of USB ports for DualShock controllers, as well as a line of buttons that would likely correspond to ejecting discs, turning on power, and other connectivity features. There’s a thin slot that’s likely the disc drive too.

The ribbed sides and edges appear to show the ventilation system, which would need to be pretty substantial to deal with the PS5’s massive jump in power over the current generation of PlayStation consoles.

Finished products never look quite like their patent diagrams, of course, and it’s very possible this is a placeholder image or an early build of what will eventually become the PS5. Sony does like to feature…