What the cluck? KFC and Cooler Master cook up KFConsole collaboration 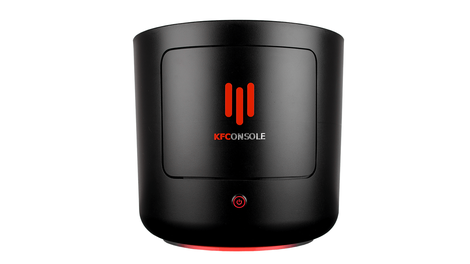 April Fool’s Day is still months away, and 2020 is not exactly the year for elaborate hoaxes on an exhausted public, so it’s hard to imagine that the KFConsole is big joke on chicken-loving gamers. Then again, a collaboration between fast-food staple KFC and computer component maker Cooler Master on a gaming PC chassis that includes room for a warming chamber for fried poultry can’t be serious, can it?

Despite the absurdity of the premise, the KFConsole has all of the trappings of a real product, from official statements from KFC and Intel that have been reported on by major news organizations like CNN and USA Today to a webpage with product shots and features. The concept appears to be cooked up earlier this year, teased on KFC’s Twitter site, and does fit into the company’s irreverent marketing strategy.

If the KFConsole does ever see the light of day, it may represent the most ingenious use of the heat thrown off by high-performance computer parts ever conceived. Whereas gaming PCs often have elaborate cooling systems to remove and dissipate heat to ensure continued high performance, this chassis — shaped like KFC’s Bargain Bucket — promises to use that heat to keep your fast food warm in its Chicken Chamber.

So besides that gimmick, what else does the KFConsole bring to the gaming/dining table? Based on Cooler Master’s NC100 chassis, the housing requires some compromises in components given its size and shape. Nonetheless, by using the Intel Nuc 9 Extreme Compute Element inside you can count on a top-end Intel Core processor and Asus graphics card, along with a pair of 1TB Seagate Barracuda PCIe NVMe solid-state drives for quick-booting storage.

In CompaniesGaming
on 24 October 20203 min read

What’s missing from the KFConsole coverage is any talk of a price or a release date. While that’s not uncommon for these types of product announcements, a skeptic could argue that the lack of those specifics signal a possibility this could ultimately be vaporware. After all, is there really a healthy demand for this concept among real gamers and not just Twitter gawkers? KFC and Cooler Master could pull the plug on the KFConsole due to “lack of demand” without ever needing to go beyond this virtual stage, enabling it to claim is wasn’t a hoax but “market forces” spoiled its release. Call it a different game of chicken — whether KFC goes through with actually releases the KFConsole or bails out before physically producing the chassis.