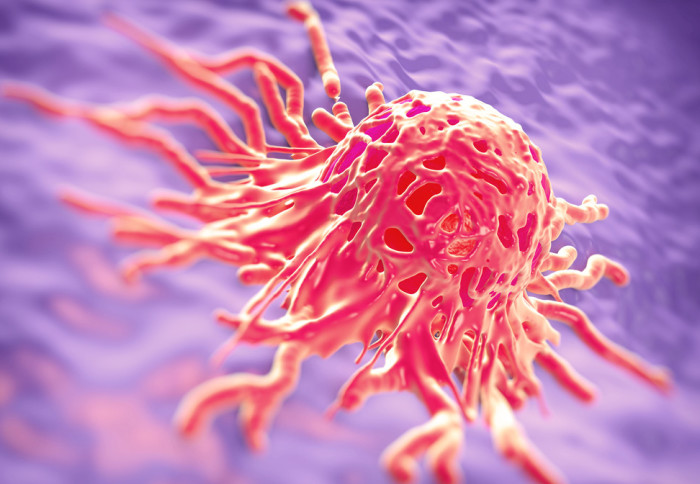 The study, led by scientists from Imperial College London and published in the journal The Lancet Oncology, studied data from over 150,000 European women.

The research is one of the first studies to pinpoint genetic variants associated with an increased risk of cervical precancer and cancer.

The study team say the findings open avenues for identifying women at higher risk and monitoring their health more closely—particularly if genetic information is combined with the cervical cancer screening programme.

The study was supported by the National Institute for Health Research Imperial Biomedical Research Centre and the Wellcome Trust.

Cervical cancer affects around 570,000 women worldwide, and there are around 3,200 new cases every year in the UK. The main cause of the disease is infection with human papilloma virus (HPV), which induces a cancerous change in cells lining mucosal surfaces, such as the cervix.

Dr. Sarah Bowden, lead researcher of the study from the Department of Surgery and Cancer at Imperial College London, explained: ‘HPV causes cervical cancer, but what we haven’t understood until now is why many people are infected with HPV, yet very few develop cervical cancer.

‘Over 70 percent of people are infected with HPV over their lifetime, yet most women clear the infection, and only a small fraction go on to develop abnormal pre-cancerous cervical cells; even fewer develop cervical cancer.

Previous studies suggest around 30 percent of the risk of developing cervical cancer is genetic. This study is the first to confidently identify gene variants that may be associated with an elevated risk of cervical cancer.’

The study looked at the genetic sequencing data of over 150,000 European women from the UK Biobank cohort, and then linked these with hospital records and cancer registries.

The data revealed that common variants of three genes, called PAX8, CLPTM1L and the HLA region, were associated with an increased risk of developing cervical cancer. The research team are quantifying the increased risk attributable to carrying genetic variants in the next phase of the research.

The HLA region codes for immune system responses, suggesting variation in these genes may impair the body’s ability to fight HPV, or to clear cancer cells. PAX8 and CLPTM1L are genes which help to control the body’s responses to early cancerous changes in cells.

The research team caution the findings need confirmation in larger studies, and the biological effects of each gene variant on the health of the cervix need to be studied in detail. However the findings could open avenues for more personalised screening approaches or targeted treatments in future.

It May Be Possible to Improve Your IQ Score With Practice, Experts Suggest

“Increased genetic information could also lead to new drugs in the future. At the moment, if a woman is found to have a pre-cancerous cervical abnormality, the options are to ‘watch and wait’, which means regularly check-ups, or a treatment to surgically remove part of the cervix. This can increase the risk of a late miscarriage or preterm birth in future pregnancies. But if we knew more about the interaction between genetics and HPV, we might be able to develop new drugs to treat these abnormalities at an early stage. Meanwhile, HPV vaccination is underway in many countries and appears to be effective in reducing a proportion of disease. Increasing global access to HPV vaccines should be a major public health priority for prevention of HPV-related cancers”