Genetically altered human cells can vary their transparency like squid 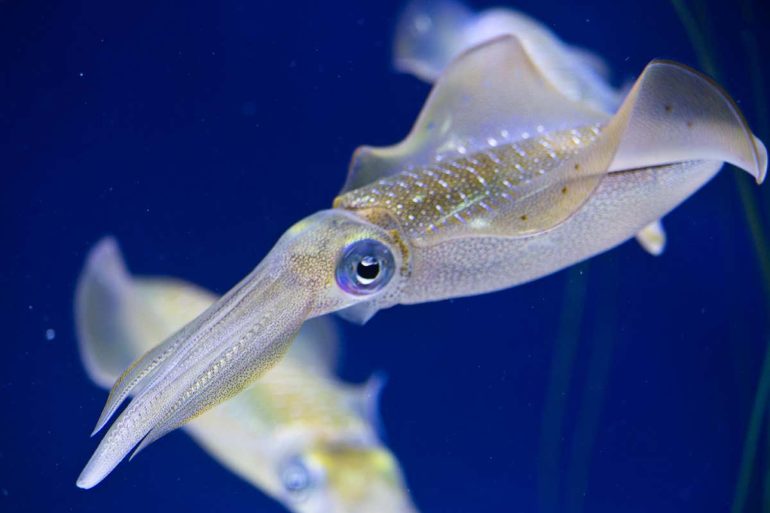 Human cells genetically engineered to vary their transparency by making a squid protein could one day lead to see-through tissue.

In the short-term, the approach might help biologists get better images of living tissues under the microscope. In the longer term, it might be possible to make patches of tissue more or less transparent at will, or even to genetically engineer organisms that can control their transparency.

“That’s the crazy, far-out idea,” says Alon Gorodetsky at the University of California, Irvine. “But when you see squid doing it, then you think it’s not so far-out after all.”

Many cephalopods can not only change the colour of their skin, but also control their transparency. For instance, opalescent inshore squid (Doryteuthis opalescens) are largely transparent, but the white testis of males is visible inside their bodies. Females deter aggressive males by turning transparent tissue white to create a white stripe that resembles the male testis.

They do this with the help of a layer of cells containing a protein called reflectin. When the reflectin molecules are separated from each other, most light passes through them.

But when the proteins clump together inside a cell, their refractive index – the speed at which light can travel through a material – changes. The proteins scatter…