Geoscientists use zircon to trace origin of Earth’s continents 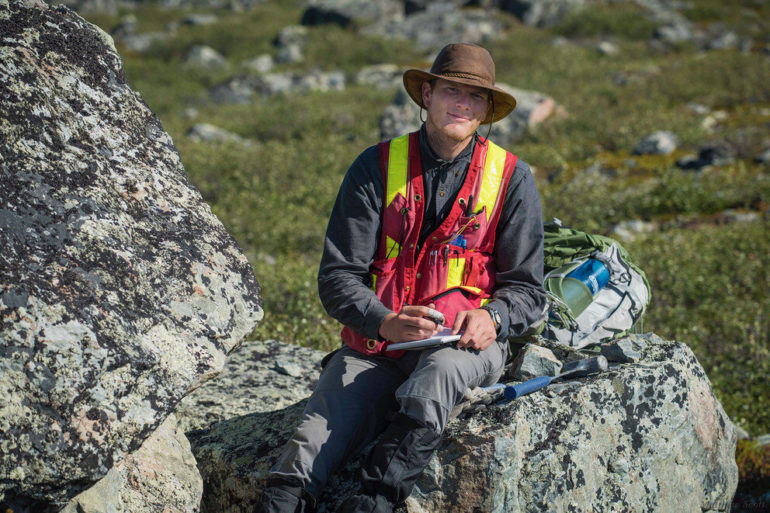 Geoscientists have long known that some parts of the continents formed in the Earth’s deep past, but the speed in which land rose above global seas—and the exact shapes that land masses formed—have so far eluded experts.

But now, through analyzing roughly 600,000 mineral analyses from a database of about 7,700 different rock samples, a team led by Jesse Reimink, assistant professor of geosciences at Penn State, thinks they’re getting closer to the answers.

The researchers say that Earth’s land masses began to slowly rise above sea level about 3 billion years ago. When their interpretation is combined with previous work, including work from other Penn State researchers, it suggests that continents took roughly 500 million years to rise to their modern heights, according to findings recently published in Earth and Planetary Science Letters.

To reach this conclusion, scientists applied a unique statistical analysis to crystallization ages from the mineral zircon, which is reliably dateable and is frequently found in sedimentary rocks. While these researchers did not date these samples, the samples were all dated using the the uranium-lead decay system. This method measures the amount of lead in a sample and calculates from the well established rate of uranium decay, the age of the crystal. When zirconium forms, no lead is incorporated into its structure, so any lead is from uranium decay.

The minerals found in the sedimentary rock samples originally formed in older magmas but, through erosion and transport, traveled in rivers and were eventually deposited in the ocean where they were turned into sedimentary rock beneath the surface of the sea floor. The ages of zircons retrieved from individual rock samples can be used to tell the type of continent they were eroded from.

The ages of zircons from Eastern North American rocks are, for instance, different from those of land masses such as Japan, which was formed by much more recent volcanic activity.

“If you look at the Mississippi River, it’s eroding rocks and zircons from all over North America. It’s gathering mineral grains that have a massive age range from as young as a million years to as old as a few billions of years,” Reimink said. “Our analysis suggests that as soon as sediment started to be formed on Earth they were formed from sedimentary basins with a similarly large age range.”

Sediments are formed from weathering of older rocks, and carry the signature of past landmass in time capsules such as zircons. The research doesn’t uncover the overall size of primordial continents, but it does speculate that modern-scale watersheds were formed as early as 2.7 billion years ago.

This finding is critical for a few reasons. First, knowing when and how the continents formed advances research on the carbon cycle in the land, water and atmosphere. Secondly, it gives us clues as to the early origins of Earth. That could prove useful as we discover more about life and the formation of other planets. Earth is a life-sustaining planet, in part, because of how continental crust influences our atmospheric and oceanic composition. Knowing how and when these processes occurred could hold clues to the creation of life.

“Whenever we’re able to determine processes that led to our existence, it relates to the really profound questions such as: Are we unique? Is Earth unique in the universe? And are there other Earths out there,” Reimink said. “These findings help lead us down the path to the answers we need about Earth that allow us to compare our planet to others.”