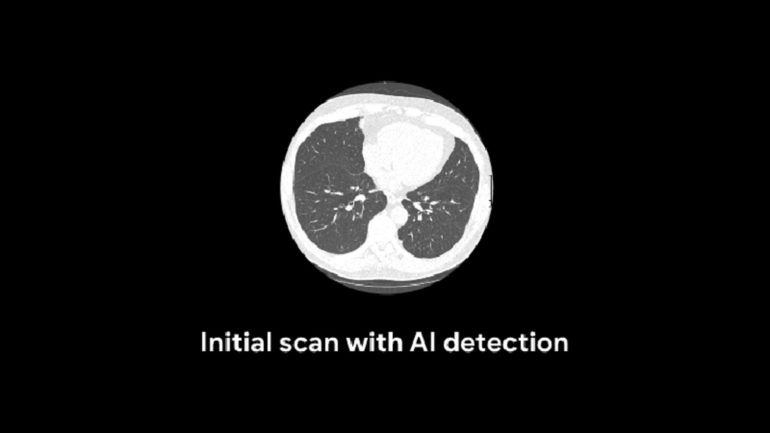 Algorithms have screwed up in horrifying, hilarious, and unfortunate ways, so it’s nice when one with the potential to save lives nearly nails it. On Monday, Google AI researchers along with healthcare researchers published research showing that they’ve successfully trained a deep learning algorithm to detect lung cancer with a 94.4 percent success rate.

The findings were published in the journal Nature Medicine on Monday, which indicated that aside from just a high accuracy rate, the algorithm outclassed radiologists under certain circumstances. According to the study, the system achieved that success rate on 6,716 cases from the National Lung Cancer Screening Trial with similar accuracy on 1,139 independent clinical cases.

The researchers conducted two studies—one in which a prior scan was available, and one in which it wasn’t. In the former scenario, the deep learning algorithm—which was trained on computed tomography scans of people with lung cancer, without it, and with nodules turned cancerous, the New York Times reported—had a higher identification rate than six radiologists, and in the latter, the humans and machine were even.

“The whole experimentation process is like a student in school,” Dr. Daniel Tse, a project manager at Google, told the New York Times. “We’re using a large data set for training, giving it lessons and pop quizzes so it can begin to learn for itself what is cancer, and what will or will not be cancer in the future. We gave it a final exam on data it’s never seen after we spent a lot of time training, and the result we…