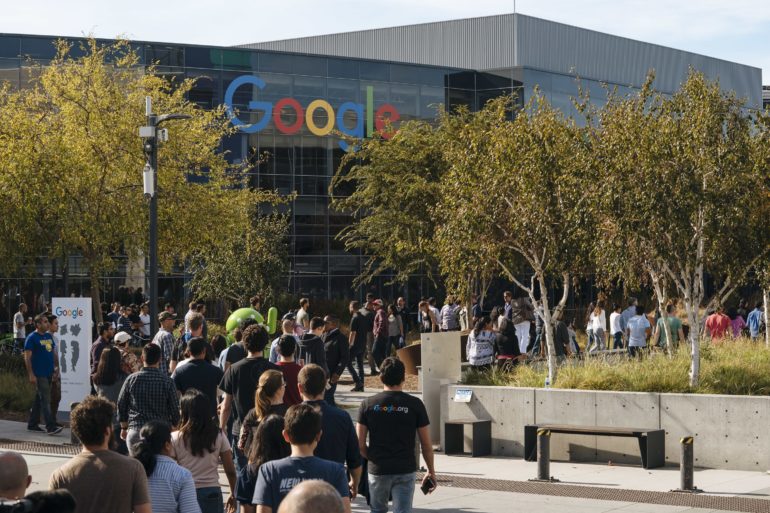 The U.S. National Labor Relations Board has filed a complaint against Google and its parent company Alphabet, accusing the tech juggernaut of violating labor laws.

The company was allegedly “interfering with, restraining, and coercing employees in the exercise of their rights guaranteed in Section 7 of the Act,” according to the complaint filed Tuesday.

Specifically, the NLRB case documents accuse Google of illegally spying on employees, firing several employees in retaliation for attempting to unionize, and illegally blocking employees from sharing work grievances and information with each other using general tools like calendars, email, meeting rooms, and an internal communication tool at Google called MemeGen.

The NLRB said it expects an answer from Google by Dec. 16th and the agency said it will hold a hearing on April 12, 2021, in San Francisco.

The NLRB’s conclusion comes a year after CNBC first reported that the NLRB had started a new investigation into Google’s labor practices. It also comes on the heels of a major $310 million Google settlement to an Alphabet shareholder lawsuit which alleged the company had mishandled claims of sexual misconduct by executives there.

The latest investigation stems from employee uproar over the interrogation and subsequent firing of employees, including Rebecca Rivers and Laurence Berland, who had been placed on sudden and indefinite administrative leave in November of 2019 for allegedly “distributing business information outside the scope of their jobs”. The week of Thanksgiving 2019, Google fired four employees, including Berland and Rivers, claiming they shared confidential documents and breached security. The workers filed a complaint with NLRB shortly thereafter.

Shortly after that, Google fired security engineer Kathryn Spiers after she created a pop-up notification for Google employees visiting the website for IRI Consultants, a firm known for anti-union work, which Google had hired. Spiers filed a lawsuit with the NLRB shortly after.

At the time, workers got public support from presidential front-runners Sen. Bernie Sanders and Elizabeth Warren, who took to Twitter to bash Google for alleged “anti-union” actions.

The NLRB consolidated Berland’s and Spiers’ cases in Tuesday’s filing.

The agency states that Google unlawfully surveilled employees “on numerous occasions,” including viewing an employee presentation in support of union efforts, the filing states.

The complaint alleges that Google held a Global Investigations meeting in its San Francisco facility where it “interrogated its employees about their protected concerted activities by asking them about their access of employees’ calendars and MemeGen Takedown Documents,” it states, referring to the company’s internal meme-generator.

Watch: Google employees walk out to protest the company’s handling of sexual misconduct