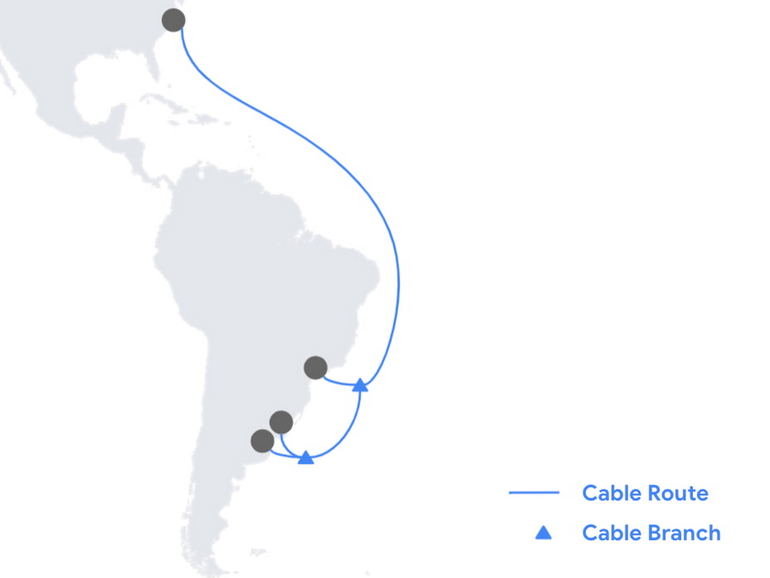 Google announced a new deep sea cable project that will stretch from the East Coast of the US to three South American countries, all in an effort to boost the capacity of the internet and provide low latency access to Google sites.

The project — named “Firmina” after a widely known Brazilian abolitionist and author — will span hundreds of kilometers and will be the longest cable in the world “capable of running entirely from a single power source at one end” if needed.

Once the project is completed, 12 fiber pairs in the cable “will carry traffic quickly and securely between North and South America, giving users fast, low-latency access to Google products,” Koley wrote.

“With submarine cables, data travels as pulses of light inside the cable’s optical fibers. That light signal is amplified every 100 km with a high-voltage electrical current supplied at landing stations in each country,” Koley said.

“While shorter cable systems can enjoy the higher availability of power feeding from a single end, longer cables with large fiber-pair counts make this harder to do. Firmina breaks this barrier—connecting North to South America.”

Google is planning on achieving this by powering the cable with a voltage 20% higher than with previous systems.

Google has at least 16 undersea cables across the world, boosting access as more countries offer critical services digitally. In 2019, Google finished the Curie cable, which was the first to lay cable between the West Coast of the US and South America. Google will be working with SubCom to lay the cables and the project is slated to finish in 2023.