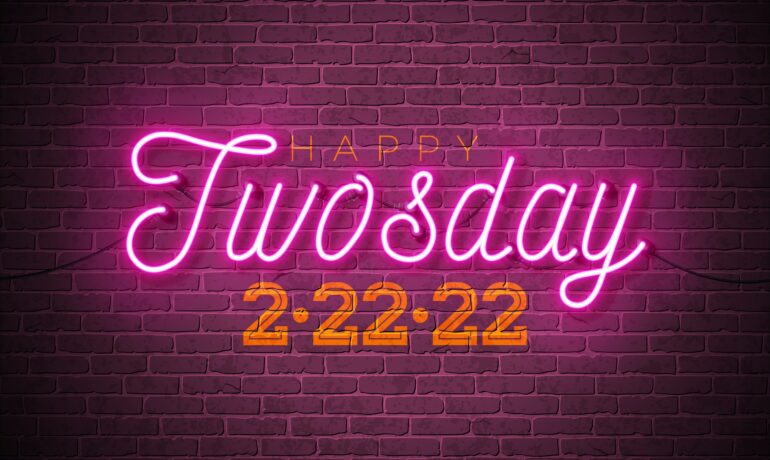 This Feb. 22, the world hits an unprecedented milestone. It’s the date itself: 2/22/22. And this so-called “Twosday” falls on a Tuesday, no less.

It’s true the number pattern stands out, impossible to miss. But does it mean anything? Judging by the thousands of commemorative products available for purchase online, it may appear to.

“Twosday” carries absolutely no historical significance or any cosmic message. Yet it does speak volumes about our brains and cultures.

I’m a social psychologist who studies how paranormal claims and pseudoscience take hold as popular beliefs. They’re nearly always absurd from a scientific perspective, but they’re great for illustrating how brains, people, groups and cultures work together to create shared meaning.

The brain has evolved a fantastic capacity to find meanings and connections. Doing so once meant the difference between survival and death. Recognizing paw prints in the soil, for example, signified dangerous predators to be avoided, or prey to be captured and consumed. Changes in daylight indicated when to plant crops and when to harvest them.

Even when survival isn’t at stake, it’s rewarding to detect a pattern such as a familiar face or song. Finding one, the brain zaps its synapses with a little shot of dopamine, incentivizing itself to keep finding more patterns.

When a number sequence seems to jump out at us, this is an example of apophenia: perceiving meaningful connections between unrelated things. The term was first developed to characterize a symptom of schizophrenia.

Another example of apophenia is astrology, which visually connects stars into constellations. These are the familiar Zodiac signs such as “The Ram,” Aries; or “The Archer,” Sagittarius. Each sign is linked to meanings associated with its respective object. For example, people born under the sign of Aries are believed to be stubborn like rams. But those signs don’t exist in the sky in any physical sense, and the system fails scientific tests.

The date 2/22/22, though striking, carries no inherent meaning beyond its function in our particular calendar. This is true for numbers in general: Their meanings are limited to measuring, labeling or counting things.

EU antitrust crackdown on Apple hints at what’s coming for the company in the U.S.

“Twosday” is a simple example of a popular form of arithmetical shenanigans: numerology, the pseudoscientific practice of attaching supernatural significance to numbers.

Numerology can be traced back 2,500 years to the Greek mathematician Pythagoras, with alternative systems appearing elsewhere, including China and the Middle East.

Numerology may look mathematical, but it’s more akin to palmistry and reading…