Have we found the true cause of diabetes, stroke and Alzheimer’s? 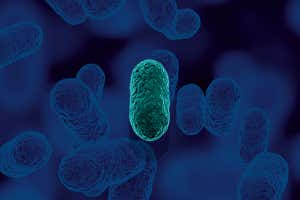 The diseases most people die of have been attributed to unhealthy lifestyles. But evidence now suggests bacteria are to blame, heralding a revolution in medicine

FOR decades, health experts have been lecturing us about our bad habits, blaming them for the surge in “lifestyle diseases”. These often come on as we age and include heart disease, Alzheimer’s, type 2 diabetes and some cancers. Worldwide, 70 per cent of all deaths are now attributed to these conditions. In the UK, it is a whopping 90 per cent.

Star-shaped brain cells may be linked to stuttering

Too much red meat, too little fruit and veg, smoking, drinking, obesity and not enough exercise appear to make all these diseases more likely – and having any of them makes getting the others more likely. But no one really knows why, and we still haven’t worked out what causes any of them. Alzheimer’s is now one of the UK’s biggest killers, yet the main hypothesis for how it originates imploded this year after drugs based on it repeatedly failed. High blood cholesterol is blamed for heart attacks, except most people who have heart attacks don’t have it.

What we do know is that these conditions usually start causing symptoms later in life, and their prevalence is skyrocketing as we live longer. They all turn inflammation, the method our immune system uses to kill invaders, against us. And, by definition, these diseases aren’t communicable. They are down to bad habits and unlucky genes, not germs. Right?

Not necessarily. In disease after disease, we are finding that bacteria are …