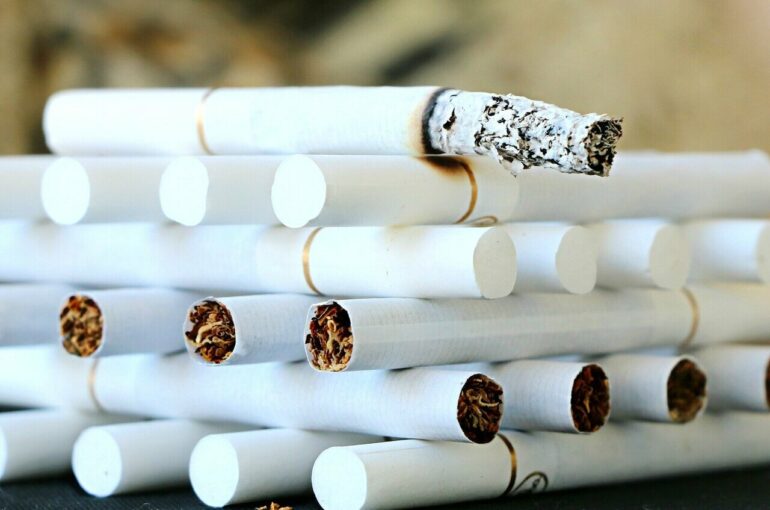 The U.S. Food and Drug Administration (FDA) should extend the ban on menthol-flavored cigarettes and cigars to include potential substitutes like menthol pipe tobacco and cigarette tubes, say researchers at Rutgers Center for Tobacco Studies and The Ohio State University.

Based on a study published in Tobacco Control, the researchers are urging the FDA to maximize the benefits of menthol cigarette ban restrictions based on new evidence showing the appeal and addiction potential of these substitutes in adults who smoke menthol cigarettes.

“Tobacco companies have rebranded their roll-your-own cigarette tobacco as pipe tobacco to avoid taxes and rebranded flavored cigarettes as flavored cigars to skirt a federal ban,” said Andrea Villanti, the deputy director of the Rutgers Center for Tobacco Studies and co-principal investigator of the study. “We have already seen companies advertising pipe tobacco and cigarette tubes alongside cigarettes and filtered cigars. The products we tested in our study are likely to be products that tobacco companies will promote following a ban on menthol cigarettes.”

During each session, researchers measured how the smoker smoked the product, the exhalation of carbon monoxide, and craving and withdrawal symptoms as well as participants’ self-reported perceived drug effects and additional measures evaluating each product’s addiction potential.

The team found that while menthol-filtered little cigars and nonmenthol cigarettes were appealing substitutes for menthol cigarettes, mentholated pipe tobacco and tubes in a roll-your-own cigarette were the most appealing and resulted in the highest number of indicators for future nicotine addiction. These products aren’t being considered for inclusion in the proposed ban, however.

The findings suggest that components of menthol roll-your-own products, including menthol rolling papers, cigarette tubes and pipe tobacco, should be included in the menthol cigarette and flavored cigar product standards, Villanti said.

Previous research has determined menthol cigarette use is associated with increased smoking initiation, higher nicotine dependence and decreased adult cessation, particularly among vulnerable populations. The FDA has proposed the rule banning menthol as a flavor in both cigarettes and cigars to address this public health issue. Following a review of public comments, a final ruling is expected in the coming months.

“The present findings suggest that components of menthol roll-your-own products, including menthol rolling papers, cigarette tubes and pipe tobacco, should be included in the menthol cigarette and flavored cigar product standards,” said Theodore Wagener, director of the Center for Tobacco Research at the The Ohio State University Comprehensive Cancer Center-Arthur G. James Cancer Hospital and Richard J. Solove Research Institute, and corresponding author of the study. “Their absence from this restriction will result in a critical loophole that is already being exploited by the tobacco industry and has the potential to lessen the potential public health benefits of the proposed menthol ban.”